Red Bull is weighing up whether to continue with long-time engine partner Renault for 2019 or strike a works deal with Honda.

The FIA has a May 15 deadline for committing to a supply, which Renault told Autosport earlier this year it wants to honour.

There is flexibility in that deadline and Red Bull wants to wait so it can judge Honda's progress compared to Renault's, with both engine makers planning upgrades for mid-June's Canadian Grand Prix.

Although Renault did not agree its current McLaren supply deal until last September, Abiteboul insists his company cannot commit to waiting anywhere near as long for Red Bull.

"Last year there was a late change we could accommodate because it was simply a swap between two customer teams," Abiteboul told Autosport.

"We were not changing number of suppliers [so] we didn't need to change quantities of parts ordered.

"We were keeping the number of teams steady. In the present case, I can only order parts for the number of contracted teams I have.

"By a certain date I will not be able to guarantee availability of a Renault engine to Red Bull Racing. As simple as that." 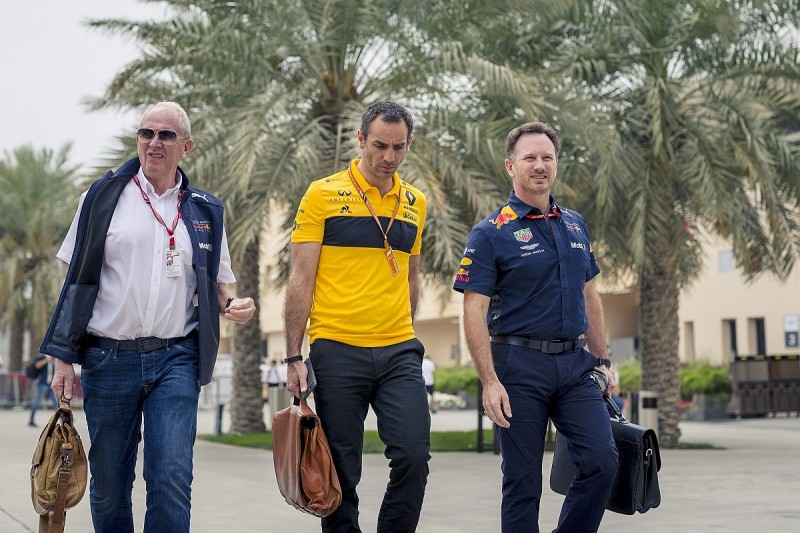 Abiteboul explained that securing supplier deals over parts with "very long lead times" normally needed to be done "between the middle and end of May".

He said Renault had spoken to its suppliers about delaying its usual deadline "but we are not going to be able to postpone that date massively".

"It's not because we want to be difficult, it's simply because we need to order parts," Abiteboul added.

"We had the discussion with the FIA over the winter of 2015-2016, regarding an obligation for manufacturers to supply customer teams, subject to a certain notice period.

"That notice was May 15 the previous year.

"There were reasons for that, those reasons continue to stand, that's why we are urging Red Bull to make a decision."

Red Bull operated as a Cosworth and Ferrari customer in its first two F1 seasons and has used Renault engines ever since.

A Honda deal would its first works supply since it joined F1 and Abiteboul said he is confused by the delay because the significance of such a move is much bigger than simply determining a performance gain.

"The question they need to answer is whether they want to remain a factory team or a customer team of Renault," Abiteboul said.

"That's not just a matter of one performance improvement in one race.

"In addition to struggling with a lead time, we also don't really understand the reason why it needs to be delayed."