A big effort is being made to expand F1's digital presence under new owners Liberty Media, and a live streaming service from races, plus other offerings in between events providing extra data and behind-the-scenes footage, are set to be rolled out for the start of next season.

Although the plans have not yet been formally announced, F1's commercial chief Sean Bratches has told Autosport that it had no choice but to pursue an 'over the top' offering if it was going to attract bigger future audiences.

"We have an obligation to our fans, quite candidly, to ensure that they are able to access our content in any means they want," he said.

"We would be derelict if we pursued a path for anything other than that."

Despite rumours that F1 could use platforms like Netflix or Amazon for its live streaming service, Bratches is clear that it will be done entirely in-house.

"Our objective is to create platforms in the direct-to-consumer arena that engage fans and leverage our assets - whether they are live races, archival [or] are data," he said.

But Bratches is looking at opportunities to work with global media companies to create more content that is suitable for them.

"We are trying to create content that lives outside the grand prix weekends, which has been almost non-existent from digital or linear standpoints," he said.

"Our objective is to engage with the Netflix of the world, [with] the Amazons, and create content that fans can consume, which is compelling and tells different stories about what is going on in F1." 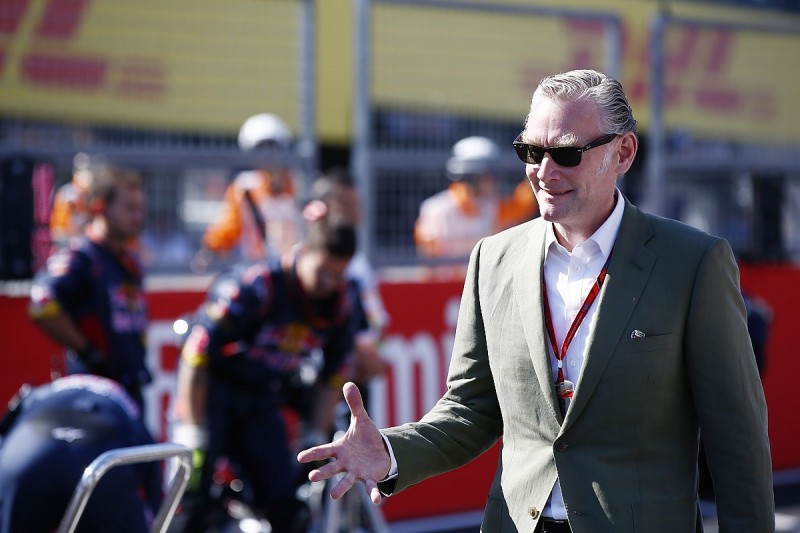 The live stream offerings will only be available in markets where it would not clash with pre-exiting television deals that have guaranteed exclusivity.

The launch of the service was one of the reasons that US broadcaster NBC shied away from renewing its rights deal, because it did not want to face competition from F1's own promoter.

One market where the live streaming service is unlikely to be offered is the UK, as Sky has a multi-year exclusive contract.

Asked about whether a live stream offering was possible for the UK market, Bratches said: "I don't want to get into specifics of any given contract, but, generally speaking, our ability to exploit the digital market place will come in deals that are not prospective, rather than legacy deals.

"There wasn't as keen a viewpoint for the exploitation of digital in the existing deals that have been done."

F1 is also planning a revamp of its television service to help improve what fans can see from home.

Plans include tailoring the images that are available in each market so they are better focused on local interest, through focusing on a driver or team that is of most interest, or via specific graphics and commentary.

"We are going to put unique feeds into territories next year that reflect the metrics that are adopted by the specific territories," said Bratches.

The mysteries emerging at the US GP

US Grand Prix: Hamilton beats Vettel by a tenth in final practice