Formula 1's next generation of cars must be designed to race in the rain to avoid a repeat of the Belgian Grand Prix washout, says FIA president Jean Todt.

Last month's wet race at Spa-Francorchamps had to be abandoned after three laps behind a safety car because conditions were not good enough to allow the current generation of cars to race.

The high levels of downforce produced by the latest grand prix machinery, plus wider tyres, means more spray is thrown into the air in wet running, and that makes visibility too bad.

Todt thinks the matter needs to be addressed in the future, and reckons than when the next major rules overhaul is planned – most likely to coincide with all-new power units from 2025 – that wet weather running needs to be factored in.

"There were many who criticised what was decided at Spa [by not racing], but what would have happened if, after the start, we had had an accident with 10 cars that resulted in injured drivers or worse," explained Todt.

"Do you remember [Niki] Lauda at Fuji in '76? He was the only one of the drivers to give up racing in the rain. Today, every driver thinks as Lauda did then."

F1's failure to go ahead with the Belgian Grand Prix caused some controversy, especially with the way that half points were handed out despite the fact no actual laps at racing speed were completed. 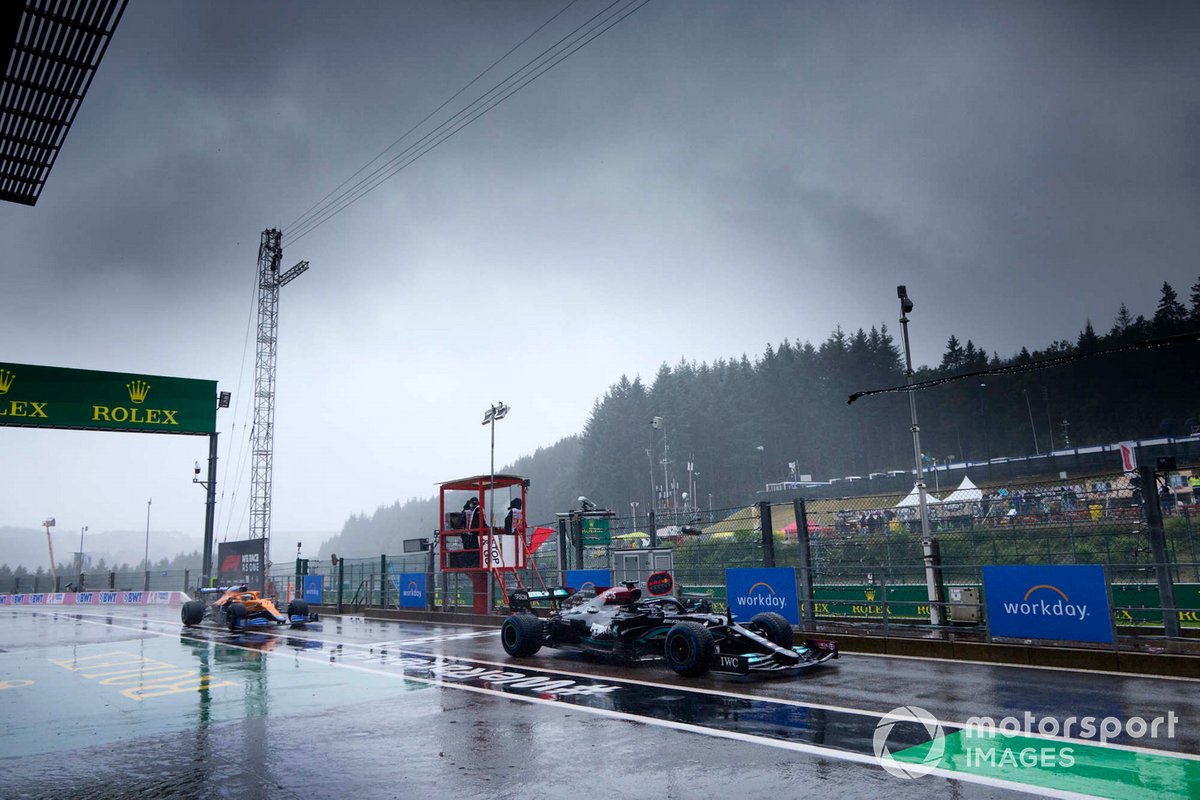 DTM boss Gerhard Berger believed that F1 had to make a choice about either never racing in the rain or pushing on when conditions were not ideal. He said the current halfway house was not good for anyone.

"I have no sympathy for this to be honest," he said about the fallout from Spa.

"My opinion is: you have to decide beforehand if you want to have races in the rain or not. In America [on ovals] they have decided to have no wet races, which is fine and everybody knows it.

"But Formula 1 used to have them and we race in the rain as well in DTM. Motorsport is dangerous and yes, it is difficult in terms of visibility, but if you decide in favour of rain races then this is what you have to deal with.

"When it is slippery or when you have a lot of water, you just have to reduce your speed. That is part of our game.

"Maybe in the end it was very bad at Spa, but in the beginning I didn't see any reason why there shouldn't be a wet race going on.

"Starts behind the safety car are the same thing for me. I don't agree. You should have standing starts, also in the rain. For me, that is less dangerous as you approach the first corner with less speed. With a flying start you have more water and less visibility.

"Just do two laps behind the safety car and then have a standing start."