Following complaints from various drivers about the laps to the starting grid having been too slow this year, and some drivers being forced to stop completely because of that, the FIA is now keeping a close eye on the matter.

After further talks in the briefing ahead of the Spanish Grand Prix, drivers have been encouraged to now try to ensure that the formation laps take place at a more acceptable and consistent pace.

F1 race director Charlie Whiting is understood to have told drivers at Barcelona that if the situation does not improve - and drivers act in a manner that he is not happy with - then penalties cannot be ruled out.

World champion Sebastian Vettel said about the formation laps: "They are too slow. We've talked about that and we'll see what happens."

Romain Grosjean believes the problem was partly being caused by drivers having to focus on effective management of their energy recovery systems.

"It is certainly not as good as it was last year," he said. "I think first the new rules make it a bit harder to get the pack more together because you don't want to drain the battery on the formation lap. So everyone is doing a different way of saving the battery.

"But I think then some teams or drivers were leaving a big gap with the car in front of you, and you see in the mirror that the guy has backed off but the guy still wants to keep his gap.

"It is a fact that the engines are not very powerful on that lap and that makes the thing messy."

Lewis Hamilton, who has started on pole position for all but one race in 2014, accepted that some of the problem had been caused by him trying different things - but he said the behaviour of cars further back had also contributed too. 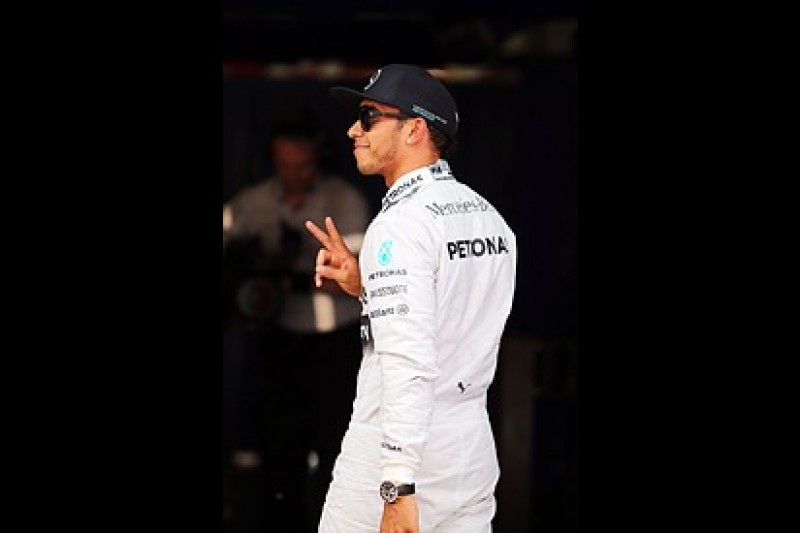 "I'm just experimenting and trying different things because in the drivers' briefing they said there are no rules to how fast or how slow you can go, so I've gone from one extreme to another," he said.

"One extreme was maybe too far, but I am on pole so let's tomorrow do a little bit of a faster formation lap.

"What you are trying to do is minimise that at the end of the lap when you do have to slow down, how much they are dropping.

"If you start doing your burnouts and get to your grid spot, and have to wait there for over a minute whilst everyone forms up, your temperatures drop and you can potentially get a worse start. That's what I'm experimenting with."

"Charlie clarified it for both sides, so the people further back are not allowed to leave the big gaps and we at the front need to keep up the pace," said the German. "That's clear and I am sure we will improve."