F1's managing director of motorsport Ross Brawn produced the vision for the new look grand prix car in a 'Tech Talk' seminar that had been put on by race organisers in Singapore on Wednesday night.

Although the technical seminar took place behind closed doors, images of the concept car quickly circulated on social media.

World champion Lewis Hamilton praised the proposal on social media, and hinted it would make him prolong his F1 career if adopted. His current Mercedes deal ends after 2020.

Although Hamilton added "just please bring a V12 or V10 back", the engine proposals are essentially tweaked variations of the current V6 turbo hybrid architecture. 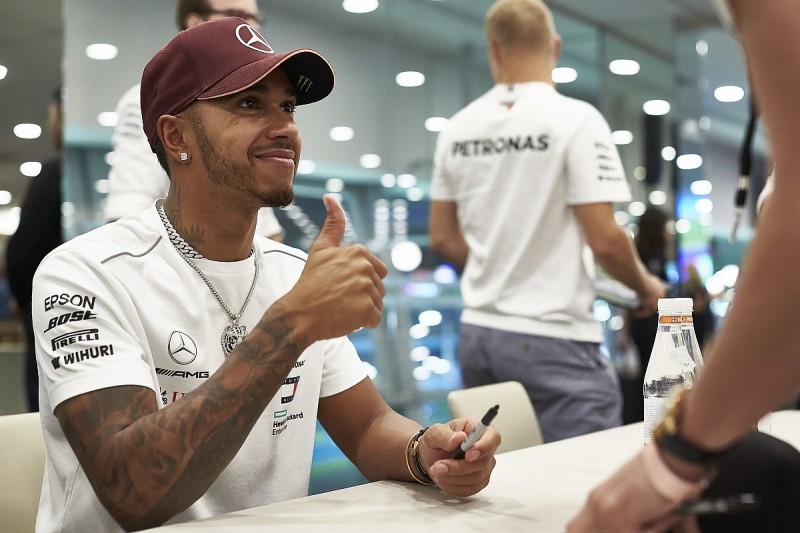 The concept comes as F1 moves to finalise an overhaul of car rules for 2021 in a bid to make grand prix racing more exciting and more attractive to fans.

The mock-up of the Ferrari features several design differences to the current cars, including the 18-inch wheels that form part of the future F1 tyre tender contract.

The front wings are simpler, with more aggressively sculpted endplates that extend much higher.

The bodywork around the sidepods is less complicated, and the engine cover and rear wing appear to be joined.

It is unclear if this is an extended DRS though, because Brawn has spoken in the past about his desire to get rid of the overtaking aid.

The rear wing endplates also appear to be integrated around the rear wheel, which could be a safety move to prevent cars being launched over the top of each other in the event of a collision.

It is unclear how much of the car vision will be carried forward as F1 owner Liberty Media continues to work with teams to finalise 2021 plans.