The team was handed a €25,000 suspended fine following the Barcelona race when the FIA deemed its numbers did not comply with new demands laid down to enhance visibility.

It elected not to appeal that decision and made subsequent modifications for the Monaco Grand Prix, but Green believes the saga has set a bad precedent for cars being declared illegal despite passing scrutineering.

"I was livid," he said. "Absolutely livid.

"Because that set a precedent that should never happen. There is no way a car can go through scrutineering several times.

"We are not just talking about Barcelona, we are talking about the fifth time it had been through scrutineering with exactly the same position [of the number], and [there had been] not one bit of feedback from the FIA up until that point.

"Also, when we did revise the size of the numbering for that event, it was shown to the FIA prior to that event what we were going to do.

"So to then go through all those procedures and at the end of it say you are not right and slap us on the wrist for it, it is just...[shakes head]"

"The precedent that it has set is huge. Absolutely huge." 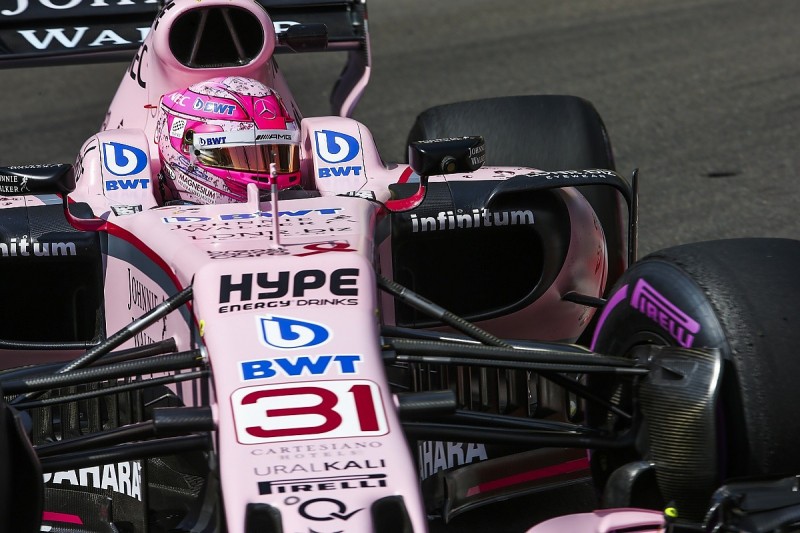 Force India's chief operating officer Otmar Szafnauer said it was likely the team would bring up the matter in a future Strategy Group meeting.

"For sure we can stick that up at the next meeting," he said.

"But what we have tried to focus on doing was getting the number to be like they like it and we have achieved that.

"The bigger question is, can this happen for something else?"

Asked why, if the team was so unhappy with what happened, it chose not to appeal, Szafnauer said: "We could have done.

"But the other thing to consider here is it was just a number. If it was something else then maybe you are right.

"We looked at it and said the easiest thing to do is change the number and just get on.

"And the nice thing is it was a suspended sentence, so if we did it we would have nothing. If it was a 25,000 Euro fine then we would have appealed."

Podcast: Mario Andretti reflects on his F1 and Indy 500 career