FIA Hit Back at Michelin in Tyre Row

After announcing their compensation package, Michelin still believed that the FIA had been the root cause of the race not taking place - and believed the governing body did have the power to help the race take place with a full field.

But the FIA has dismissed those suggestions and angrily thrown the onus of responsibility back to Michelin - just hours before the FIA World Council is due to deliver its verdict on the actions of the seven teams at Indianapolis in withdrawing from the event before the start.

"The FIA welcomes the announcement made by Michelin of a compensation package for the spectators of the 2005 United States Grand Prix," said the FIA in a statement.

"However, the FIA strongly contests the version of events detailed in Michelin's press release of June 28 and rejects the views expressed in Edouard Michelin's widely publicised letter to the FIA President of June 27."

After feeling that Michelin's letter on Monday had been deliberately leaked to the media, the FIA chose to publish Mosley's response - which does not agree at all with any of Michelin's claims.

"We cannot agree with your claim that Michelin did 'the maximum to preserve a true and safe race.' You failed to bring a safe back-up tyre to the event and representatives apparently refused to countenance any solution other than a chicane.

"Anyone with knowledge of the international Sporting Code or an appreciation of the legal climate in the United States would know that a chicane was never an option."

Mosley further went on to question why Michelin had problems with the forces experience at the banking at Indianapolis, especially since the company has raced there several times.

Furthermore the FIA published a letter that Mosley wrote to Michelin on June 21 demanding an explanation for every tyre failure the company has suffered in the last two years - and demanding details of what the company is doing to rectify the problem.

In this letter Mosley said: "We have reason to believe that Michelin have suffered at least two major tyre failures at high speed in private testing. We have also received information which suggests that Michelin Formula One tyres have been prone to sidewall failure for the past two years and that some of the failures last year which were blamed on debris on the circuit may in fact have been due to tyre defects unconnected with debris."

If these explanations were not satisfactory then Mosley warned he could get the Stewards of the French Grand Prix to exclude all the Michelin teams from the event under Article 127 of the Sporting Regulations.

This rule states: "The stewards of the meeting may exclude a vehicle whose construction is deemed to be dangerous."

Such a state of affairs could lead to just a six car field again in Magny-Cours and further flame political tensions in the sport.

Full Statement from the FIA 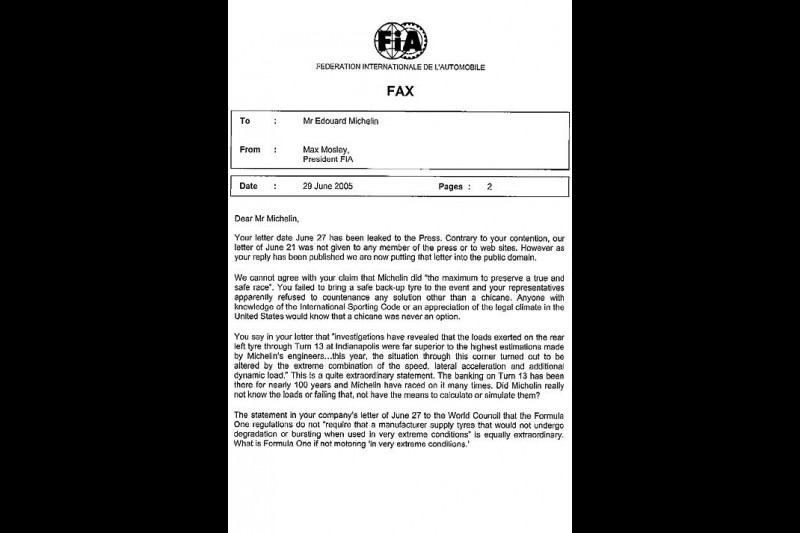 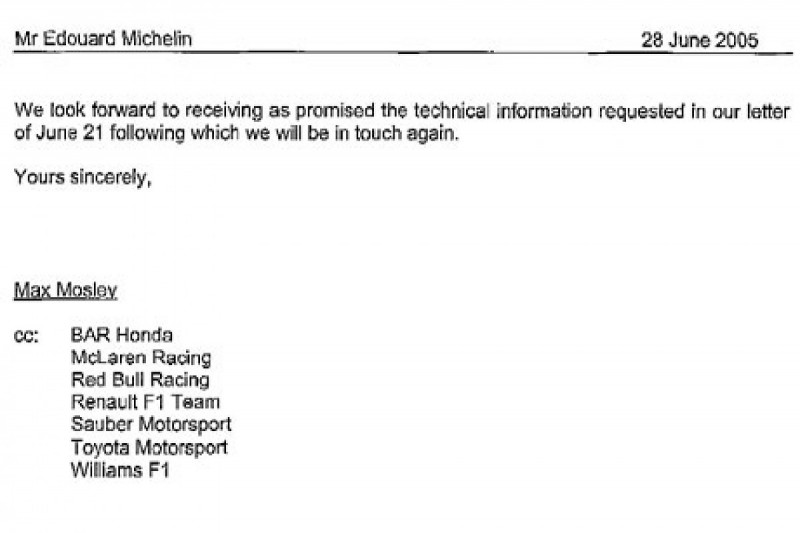 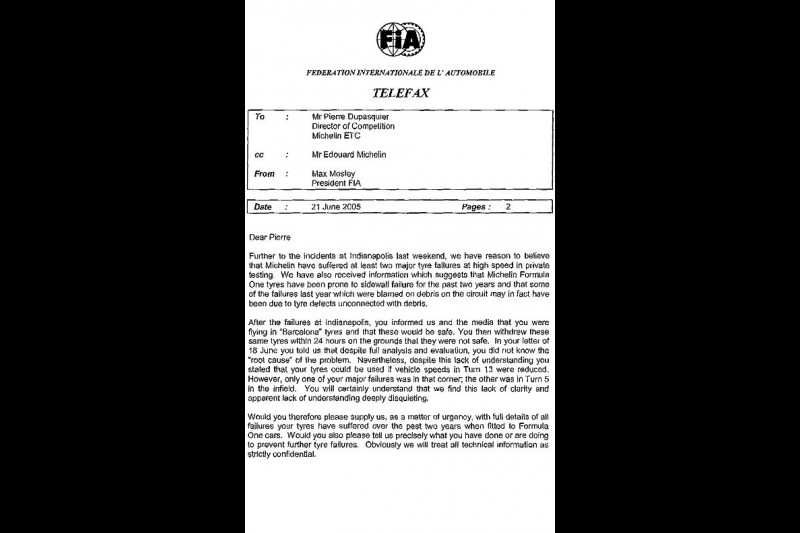 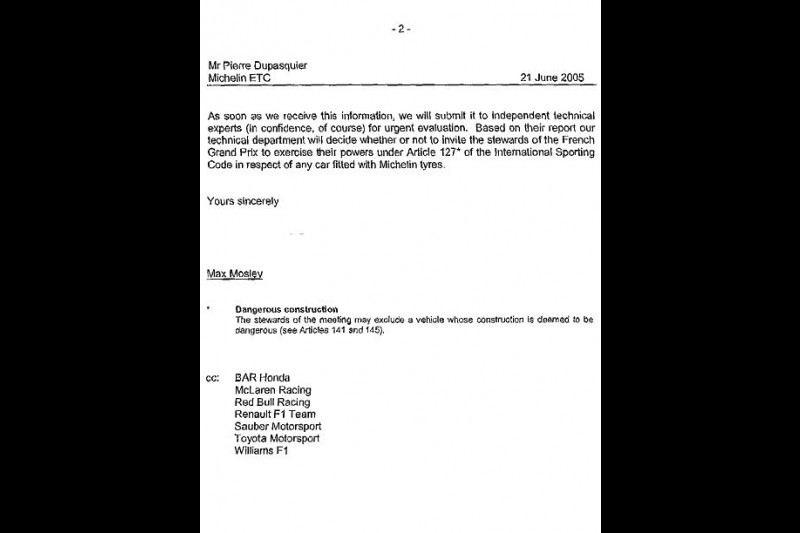