Vettel spun at Monza's Ascari chicane on lap six of the race when chasing Valtteri Bottas for third and ended up on the grass, but sideways to the track.

As he moved forward to rejoin the circuit he ended up clipping Stroll's Racing Point car, with the Canadian being tipped in to a spin.

Moments later, Stroll's attempt to rejoin caused another incident as he drove into the path of Toro Rosso's Pierre Gasly - who had to take avoiding action and ended up running off the track and through the gravel.

The FIA looked into both incidents and Vettel was handed a 10-second stop-go penalty, while Stroll was given a drivethrough.

Masi said that it was the contact aspect of Vettel's manoeuvre that triggered him getting a bigger sanction despite the similarities between his and Stroll's actions.

"Basically the difference between the two, with Sebastian's one, it was one for rejoining unsafely and then the second part of that was for causing a collision," explained Masi.

"Whereas with Lance and Pierre, that was just an unsafe rejoin of the track. That's the difference between the two penalties handed out." 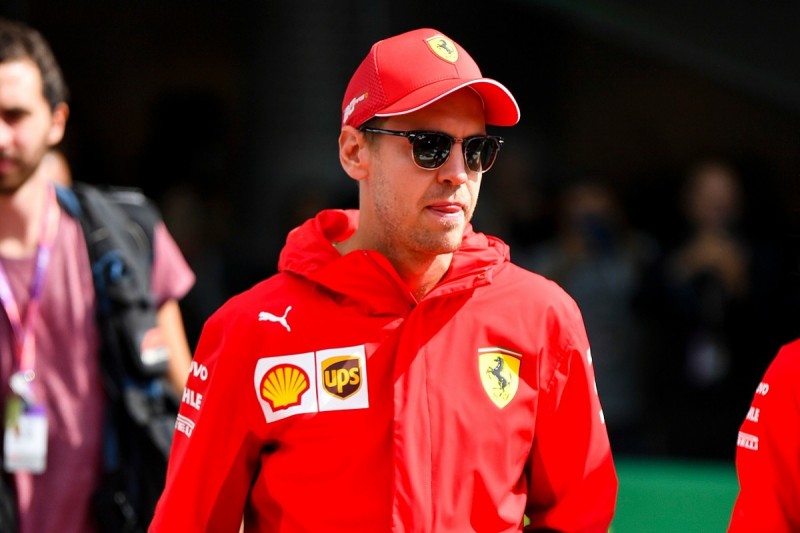 While both drivers suggested that their angle to the circuit, allied to F1's headrest, meant they could not see when cars were coming, Masi reckoned that there was no excuse for not moving until they were completely sure it was clear.

Asked by Autosport what advice he would give drivers in the future if they are in a similar situation, Masi replied: "When in doubt, be cautious would probably be the one. The teams have a bit to play in everything. The honest part is: when in doubt, be a bit cautious.

"But everything happened so quickly. It wasn't as if it was a huge time lag. It was literally bang, bang, bang. It was the concertina effect."