Formula 1 race director Charlie Whiting has no doubts that the sport's fuel-flow sensor compliance rules are clear, despite Red Bull's appeal over the matter

A key argument in Red Bull's dispute with the FIA is that it believes there is nothing in F1's regulations that demands the fuel-flow limit of 100kg per hour is measured by the FIA's homologated fuel-flow sensor.

It argues that although a technical directive issued on March 1 stated that the measurements will be taken by the sensor, this document forms only the opinion of Whiting and holds no regulatory value.

The team is confident that if it proves it did not exceed the limit on Daniel Ricciardo's car in Australia from its own readings, then it complies with the regulations and can reclaim its second place.

Whiting disagrees, however, and reckons another rule is emphatic about how the measurements will be taken.

"Article 5.10 makes it quite clear in my view that the only way the fuel flow will be measured is with the homologated sensor," stated Whiting during a media briefing in Malaysia on Friday.

"As you know, Gill is the only sensor that is homologated by the FIA. To me it is perfectly clear."

Whiting is referring to article 5.10.3, which states: "Homologated sensors must be fitted which directly measure the pressure, the temperature and the flow of the fuel supplied to the injectors, these signals must be supplied to the FIA data logger."

Ricciardo was disqualified from the Australian Grand Prix when it was found out that his car had consistently exceeded the maximum fuel flow limit.

The team has argued that it did not break the 100kg/h limit - and that the FIA's reading was based on a faulty sensor whose accuracy was drifting.

The FIA is adamant, however, that the sensors being used are accurate to within 0.5 per cent. 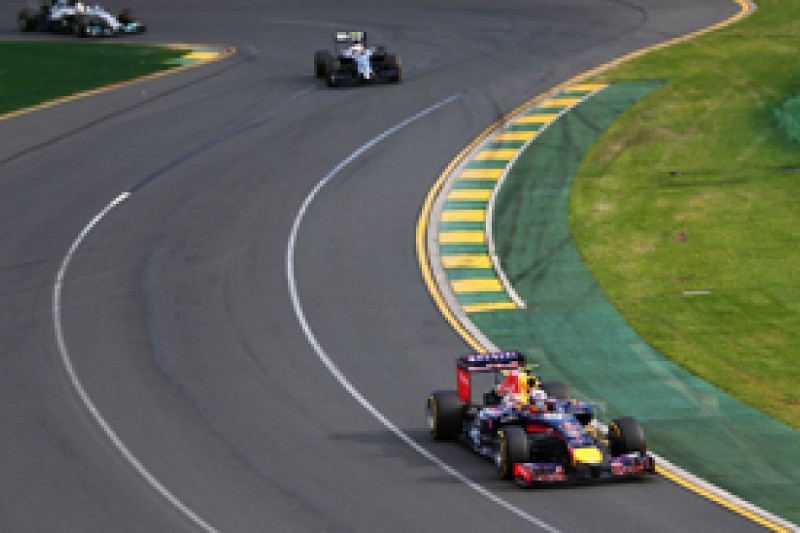 This comes despite Red Bull estimating the sensor it had on its car in Melbourne was fluctuating by up to two per cent - which had a theoretical implication on laptime of three quarters of a second.

Fabrice Lom, who is head of the FIA's powertrain department, said: "We accept plus or minus 0.5 per cent [accuracy].

"A lot of them are much better than this, and little by little we will get it down as the target is 0.25 per cent."

With the FIA claiming that the sensors can last for 100 hours with no need for further calibration, it is confident that the readings are consistent until the part fails.

Whiting added: "The first time the sensor is used, you know immediately that something is wrong with it. Why is a separate matter.

"But there is never any question - if it is working correctly it is always accurate. That is what we have found so far.

"Sometimes there is a bit of a hiccup. You don't know why it has died yet, but you know immediately [that it has failed]. And it is very obvious."

When the sensor fails, teams are able to rely on using their own fuel flow data, which has been calibrated against the readings from the sensor when it was working.