Ferrari won three races last year and entered this season with hopes of closing the gap to pacesetter Mercedes.

But after 13 races it has yet to win a grand prix and has dropped behind Red Bull to third in the constructors' championship.

Ferrari president Marchionne told reporters at Monza: "We failed [to hit] the targets, I don't think there's a doubt in my mind.

"It's no use putting sweeteners on stuff, the car isn't there and I don't think we developed it.

"We started well in Australia and I think that we failed in developing the car during the season, due to a variety of reasons.

"Three wins in 2015 meant we were perhaps a little too optimistic about 2016.

"The others improved a lot during the season and we stayed still."

Marchionne said progress had been made at Ferrari since he took over from Luca di Montezemolo but conceded 2016 is now a write-off.

"I feel quite comfortable this team are capable of turning the fate of the Scuderia around," he said.

"Unfortunately we don't have a lot of the season left.

"In terms of the changes we've made to the car, I feel a lot more comfortable than I did in the past." 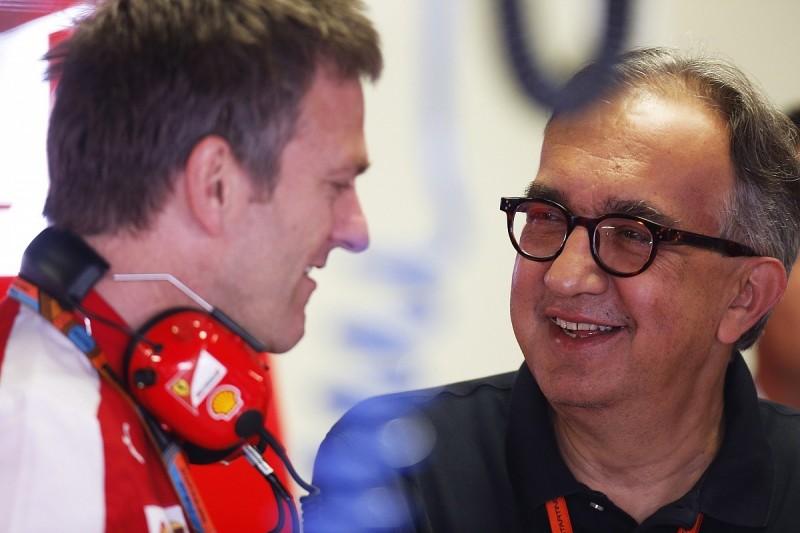 James Allison left his role as technical director before the summer break with Mattia Binotto moving across from a role as Ferrari's engine boss to become chief technical officer.

While Marchionne praised Allison's talent, he said Ferrari had enough strength in depth without him.

"We keep on focusing on a single individual as being the answer to all these problems," he said.

"James was a great technician and I think he had the variety of skills that certainly were relevant for parts of the car.

"He was not a power unit guy and never had been but Mattia is and I think he's done a tremendous job in terms of bringing the power unit from where it was at the end of '14 to where we are today.

"We have huge talent inside the structure and other than particular plug-ins of people, I would not be looking for the great hero to come in and turn this thing around."

Ferrari locked out the second row of the grid at Monza, but third-placed Vettel was 0.837 seconds off the pace of Lewis Hamilton's polesitting Mercedes.

When asked what he felt Marchionne would make of that performance, Vettel said: "Knowing what's going on, he's realistic.

"Obviously it's not satisfying for us, for anyone going from our president to us at the track, to all the people in the factory.

"But what we need to do and what we know is our biggest strength is to do what we can do and rely on what we have."