Ferrari Formula 1 drivers Charles Leclerc and Carlos Sainz are "free to fight" this year following a "great discussion" with team boss Mattia Binotto over the winter.

Leclerc and Sainz enjoyed a successful first season as team-mates at Ferrari in 2021, lifting the team from sixth in the standings the previous year to finish third with five podium finishes and two poles.

The duo were evenly matched throughout the year, and enjoyed a handful of close on-track moments, most notably during their late battle in Saudi Arabia.

The change in the technical regulations for 2022 has fuelled expectation that Ferrari could return to fight at the front again, having not won a race since Singapore 2019.

Should the team find itself in a position to battle for wins and potentially a championship, Leclerc and Sainz said they would free to fight each other on-track without team orders after holding talks in recent weeks.

"Of course we've discussed it, I think it was yesterday or two days ago," Leclerc said following the launch of the Ferrari F1-75 last week.

"Yes, we are free to fight, obviously without taking any stupid risks because we are fighting for the team, and the ultimate goal is to bring Ferrari to the top. But we'll be free to fight."

Sainz added that it was "important" for both drivers to "feel that freedom to go for it", but stressed they would always respect each other on track and "put Ferrari first in our personal fight".

Leclerc and former teammate Sebastian Vettel had a couple of on-track run-ins during their two-year stint together, most notably at the 2019 Brazilian Grand Prix when they were fighting for a podium position.

Team principal Binotto felt there had been a "great discussion" between his drivers, hailing their maturity through the talks.

"From my point of view, I was very happy to see these two drivers in a fully open, transparent discussion, showing a level of maturity," Binotto said. 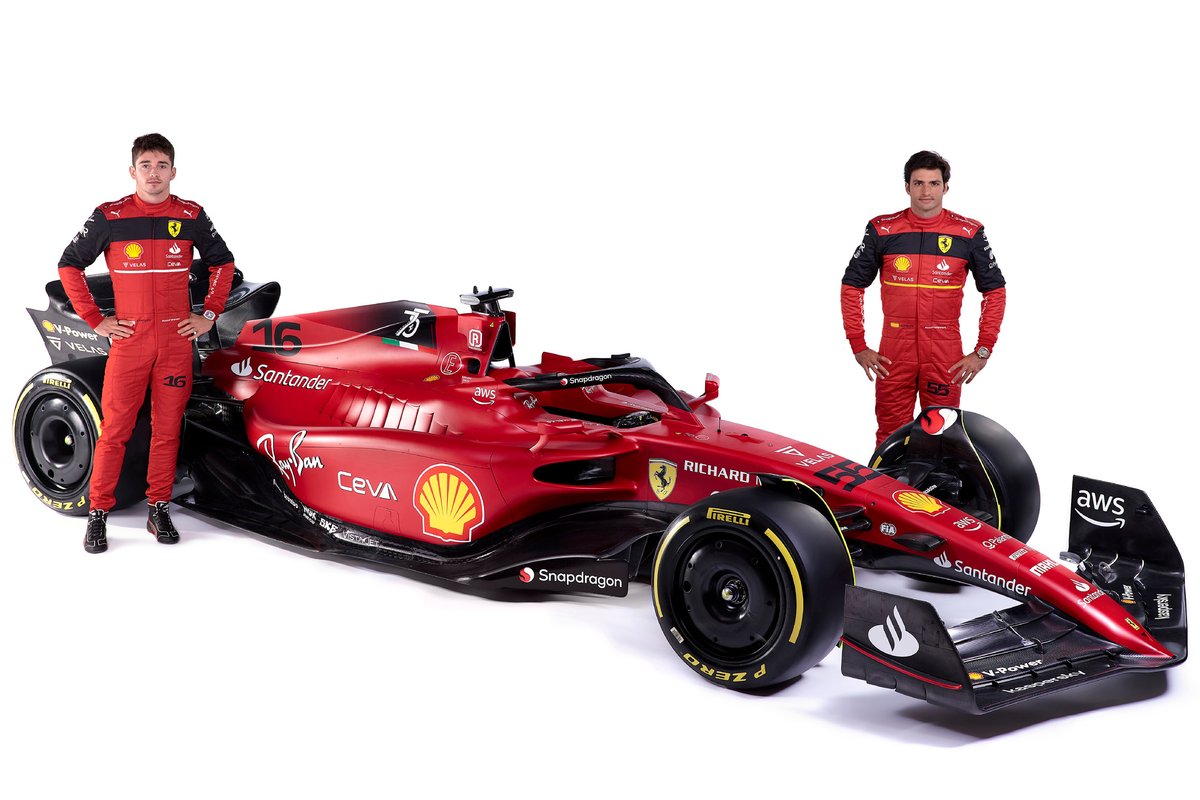 "As we proved last year, they are getting on well together, but it's not only the way you can see it from outside. When approaching that kind of discussion, it can be very delicate.

"I think that both of them are really showing and proving a fantastic level of maturity, which I'm very happy with."

Sainz managed to come out on top in the standings last season for Ferrari, marking the first time Leclerc had suffered a head-to-head defeat across the course of a season in F1 as he finished 5.5 points behind his team-mate.

Leclerc admitted while it hurt to lose out to Sainz over the year, he was satisfied with his performances in 2021 and had identified room for improvement.

"There are some opportunities that I've lost, sometimes by not being lucky, some others because of myself just wanting too much," Leclerc said.

"I'm learning from it. I think one of the big strengths of Carlos is being here all the time. Every race, he's always there.

"Myself, I can sometimes be a bit too optimistic, and last year this happened a few times, and it cost me a few points. So in the end, I paid the price and learned the lesson.

"It hurts, but I go forward. Now it's [in the] past. It hurts in the moment, but when I look back on the season, I'm satisfied with myself."