Ferrari says that delays by Formula 1 in broadcasting its radio messages to Carlos Sainz during the French Grand Prix were to blame for making its strategy calls look ‘nonsensical.’

The Maranello outfit came under fire in the immediate aftermath of the Paul Ricard race when the television coverage gave the impression the pitwall was hesitant and confused by its tyre strategy for Sainz.

With the Spaniard running mediums, Ferrari had to decide late on whether or not his tyres were going to make it to the end – and eventually concluded he would need another stop.

But as Sainz battled with Sergio Perez to take a podium spot, the French GP broadcast showed Ferrari strangely calling him in just as he had overtaken his Red Bull rival – and once he was past the pit lane entry.

Ferrari’s strategy director Inaki Rueda has explained that the timing of that message being shown on television made it look like the team had made a huge mistake – whereas the reality was that things were much more under control than that.

Speaking in Ferrari’s regular post-race strategy debrief, Rueda said: “The way that television production feeds the data to the viewers, it has a delay in it.

“In this case, you saw Perez and Carlos were fighting on lap 41. We were talking to Carlos, and we saw that Carlos could not overtake Perez on the back straight, and in turn 10 we actually called Carlos in.

"Of course he was fighting with Perez. He thought he would have him the lap after, and that's why he decided to say: 'Please don't come in. Not this lap'. 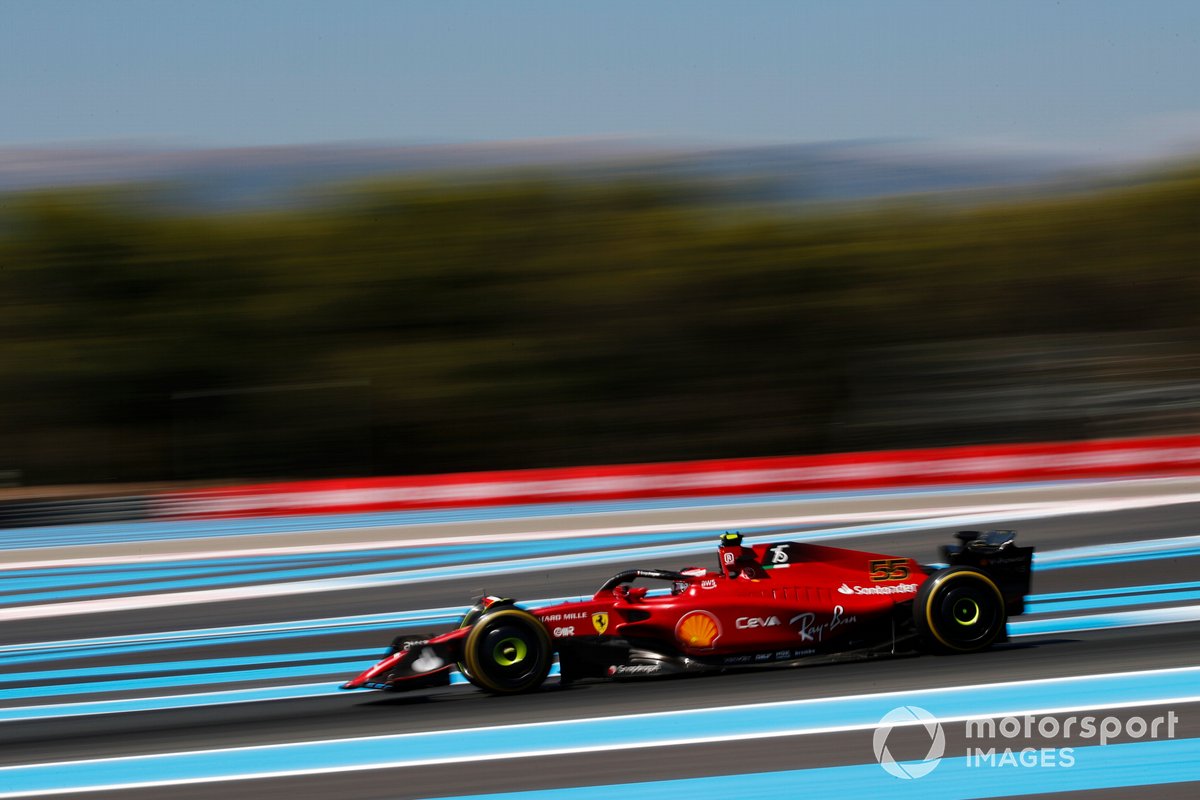 “Now, you are watching the television live. That call came on the television feed at Turn 15, right after the pit entry: which is nonsensical, because do we call the driver so late he cannot actually react to our call?"

Rueda said that with the anticipated tyre life of the medium tyre being 25 laps, and Sainz needing to get 35 laps out of them, pushing hard to the end with them was not going to be an option.

Plus, with a five-second time penalty for an unsafe release earlier in the race, there was no chance of Sainz pulling clear of Perez and George Russell behind him enough to hold on to the position.

So instead, Ferrari elected to leave it late enough to secure a guaranteed fifth spot and an extra point for fastest lap.

“This [penalty] actually changed our whole approach to that last stint, because even though Carlos had managed to overtake Russell and Perez, he was never going to be able to open a five second gap on them having to nurse those medium tyres to the end,” he said.

“With this in mind, we decided to pit Carlos and make sure that he came back and got an extra point for the fastest lap.”