Ferrari has already started working on its 2018 Formula 1 project, according to team principal Maurizio Arrivabene, as it looks to end its long title drought

Kimi Raikkonen was the last Ferrari driver to win a world championship in 2007, one year before its last constructors' title.

After winning three races in 2015 with Sebastian Vettel, Ferrari has shown similar pace again this year, but has failed to put a strong enough grand prix weekend together to win.

Arrivabene has previously said that Ferrari has no intention of giving up on 2016, but it has now emerged it is splitting resources across this year and the next two.

Ferrari's engine improvements last year and into this year has been one of its strengths, however it has already used all but three of its development tokens in its push to catch Mercedes.

From next season, the token system will be abolished, opening up development opportunities in the hope F1 will edge closer to power unit equality.

"I have always said the team that is working here is focused on this year because the gap is quite big," said Arrivabene, when asked by Autosport when it planned to shift focus.

"In the meantime, we have a different methodology to work so we have a team that is focused on this year's car.

"We also have a little team that is focused on next year's car and another that is looking after 2018, especially on the engine."

Arrivabene said Ferrari has lacked luck in 2016 but remains convinced that the team can turn its results around.

"When you're going to win, we are going up to the sky because i'm very emotional, I'm passionate," he said.

"But in this role, you have to forget about this, you have to keep calm, look at the season and the next races and keep the team motivated.

"I've always said I don't trust bad luck or good luck, but I think we have a big debt not with luck but with us." 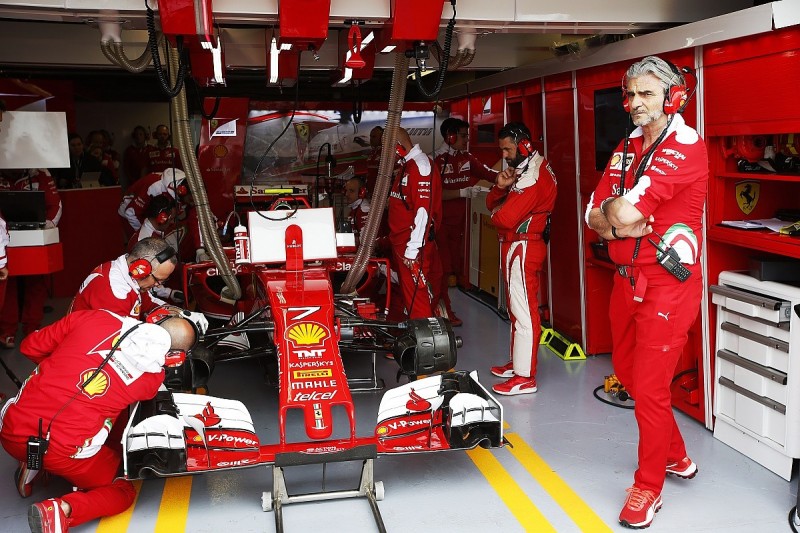 Why Ricciardo is right to stay at Red Bull