Fernando is faster than you: In defence of Ferrari's race fix

In denying Felipe Massa a morale-boosting win one year after his horrific Hungary accident and bringing Formula 1 into disrepute with cloak-and-dagger team orders, Ferrari's call to hand the 2010 German Grand Prix to Fernando Alonso was widely unpopular. But, as LUKE SMITH argues, hindsight proved it was the right decision

Delivered in his distinguishable Yorkshire accent, Rob Smedley's message to Felipe Massa at the 2010 German Grand Prix would come to be a defining point in recent Formula 1 history.

When Smedley informed Massa that "Fernando [Alonso] is faster than you", prompting the Brazilian to slow and allow his team-mate into the lead, it led to outrage throughout the paddock.

Ferrari's rivals saw it as a complete flouting of the regulation against team orders (introduced as a result of Ferrari's actions in manipulating the result of the 2002 Austrian Grand Prix as Rubens Barrichello gave up victory to Michael Schumacher). Red Bull team boss Christian Horner called it "the clearest team order I've ever seen" and said it was "wrong for the sport", while then-BBC pundit Eddie Jordan went as far as saying Ferrari "should be ashamed". But as controversial as it may have been, it was in fact the right move from Ferrari.

Alonso was always going to be the driver who stood the best chance of winning the title for Ferrari. Arriving at Hockenheim, Massa had not scored a point for three races, while Alonso was in need of a big result having slipped 47 points behind points leader Lewis Hamilton after a nightmarish British Grand Prix compromised by a penalty for overtaking Robert Kubica's Renault outside track limits at the Club chicane.

Hamilton's team-mate Jenson Button was also in the thick of the fight, 12 points adrift on 133, while Red Bull drivers Mark Webber (128) and Sebastian Vettel (121) were also beginning to edge away from Alonso on 98.

Ferrari bounced back strongly in Germany, qualifying second and third behind Vettel, and needed to capitalise. As Vettel bogged down, Massa led a Ferrari 1-2 into the first corner and was able to retain his lead through the pitstops as Ferrari covered the undercutting Vettel. 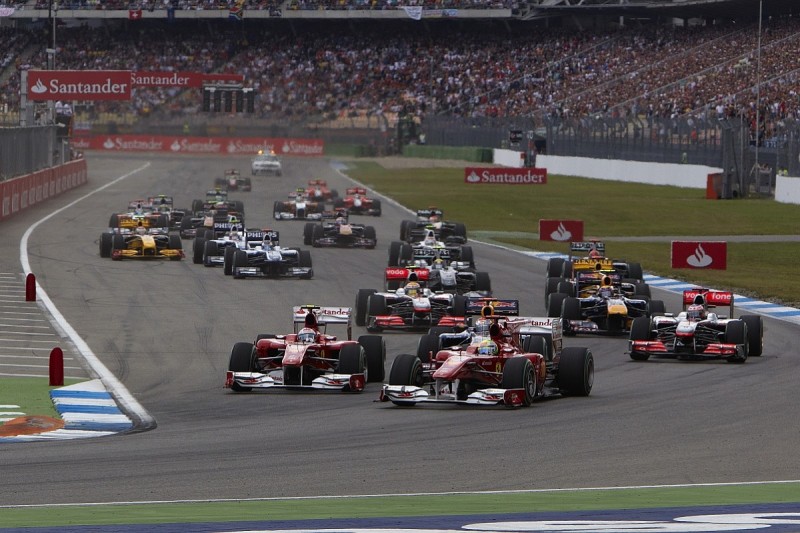 But soon, Massa came under pressure from Alonso, who made attempts to pass around lap 21 only to be rebuffed and call it "ridiculous" that he could not get ahead. The Spaniard dropped to around 3.5 seconds behind, before making more gains and having another attempt, leaving him about a second off his team-mate from lap 40 onwards.

Vettel was around six seconds back from Alonso around the time the two Ferraris got close again, but took advantage by chipping away at the gap, reducing it to around five seconds by the time the switch was made on lap 49.

Victory for Massa would have been a wonderful story, coming a year to the day since his accident in qualifying for the Hungarian Grand Prix that left him with head injuries. But title wins in F1 are rarely built on sentimentality

Admittedly, it was a decent gap, but Vettel duly proved his pace by closing right up on Massa through the final stages of the race. He would cross the line just a second behind, while Alonso had streaked four seconds clear by the time they got to the chequered flag.

An awkward podium ceremony followed, but Alonso was fairly dismissive when responding to the accusation of using team orders. "We work for Ferrari," he said. "Ferrari pay us at the end of the month, and we try to score 43 points for the team." That is exactly what Ferrari had delivered on race day - and risked not achieving had it not swapped the drivers around.

The championship picture meant Ferrari could not realistically afford to let Alonso lose any more ground to the McLaren and Red Bull drivers in the standings. The form that followed only justified the decision: he would go on to score three wins and three other podiums in the final eight races, with his only non-podium race finish coming at the infamous Abu Dhabi finale.

Much of the fury from Ferrari's rivals focused on the breach of the sporting regulations, with Article 39.1 stating "team orders which interfere with a race result are prohibited". Ferrari denied it had been a team order, but the nature of Smedley's message and the apology - "good lad, just stick with him now. Sorry." - meant it was hard to deny. The stewards duly handed out a $100,000 fine for bringing the sport into disrepute. 'Ferrari Farce' was the fitting cover line on that week's Autosport magazine. 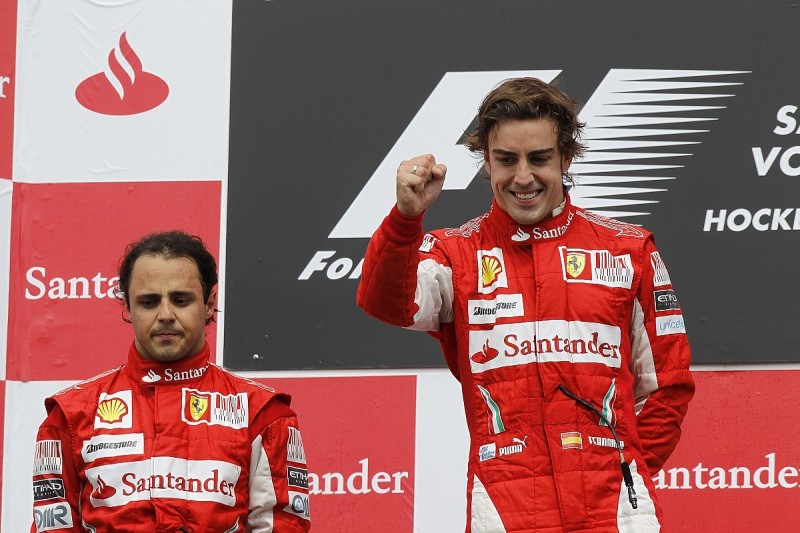 But it was an open secret that team orders had always been part of F1, even since the 2002 ban. The beneficiary from that day, Schumacher, said after Hockenheim that "there are clear team orders" used at all teams, and "everybody accepts those." David Coulthard agreed with his former rival, saying in response to Jordan's comment on the BBC: "Every team up and down the pitlane gives team orders, and anybody who says they don't is lying."

It was hardly the first time Ferrari had prioritised one driver over the other to help their title hopes. The clearest example came again at expense of Massa at the 2007 Brazilian Grand Prix, when the strategy was altered to allow Kimi Raikkonen to get ahead. Sure, that was the championship decider, but realistically, was Massa going to win the 2010 title? No - and victory ahead of Alonso would not have changed that.

It became abundantly clear to F1's rulemakers they could not police team orders, prompting the removal of the regulation at the end of the season. Since then, we've seen far more open and needless uses of team orders - take Valtteri Bottas' gifting of the 2018 Russian Grand Prix to Lewis Hamilton - which are now widely accepted. Morally, it's the same thing. The difference was the presence of the hard-to-police regulation in 2010 saying it was not allowed.

Victory for Massa would have been a wonderful story, coming a year to the day since his accident in qualifying for the Hungarian Grand Prix that left him with head injuries. But title wins in F1 are rarely built on sentimentality. It often takes hard, unpopular decisions that push the rules to their limits - something Ferrari had a knack for at the peak of its success.

It would prove to be the closest Massa would get to a post-accident victory in F1. He was typecast in his final years at Ferrari as Alonso's number two, with much of that feeling coming from the incident at Hockenheim. But even without that, the results made it hard to argue any other way.

Williams would give Massa some late-career success, taking a handful of podiums and that shock pole at the 2014 Austrian Grand Prix. But the fact he would never come as close to winning a grand prix again only makes Ferrari's call seem all the more cruel.

Harsh as it may have been, Ferrari did the right thing at Hockenheim. And without the miscue in Abu Dhabi that left Alonso toiling behind Vitaly Petrov, a narrow title victory over Vettel would have only justified it further. 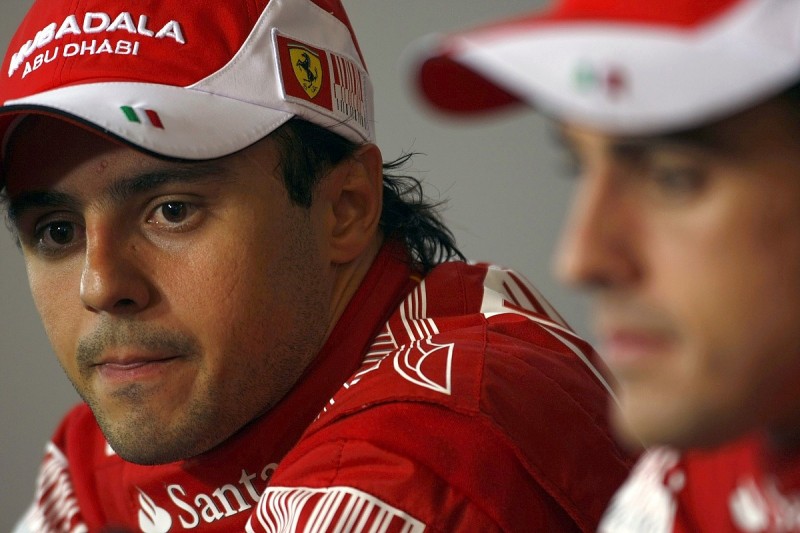