Fernando Alonso says Ferrari years were his best in Formula 1

Fernando Alonso believes that his five years with Ferrari were the best of his Formula 1 career, despite failing to add to his collection of two world titles

Alonso has departed the Scuderia and is set to rejoin McLaren for the 2015 F1 season.

The Spaniard has not won a title since 2006, but he reckons he performed better during his five seasons at Maranello than at any other time in F1.

When asked to rate his time at Ferrari following his final race for the Italian team in Abu Dhabi, Alonso replied: "From one to 10 I think in those five years I will put nine.

"I know it seems high, but I have enjoyed it so much - I grew up as a driver, as a person.

"I have worked with some amazing people here, and I raced with my heart, I raced at the best level of my career."

"Even this year, I have a world champion on the other side of the garage and I had some doubts, but I was curious to see the performance and what I could learn, what I could improve," Alonso added. 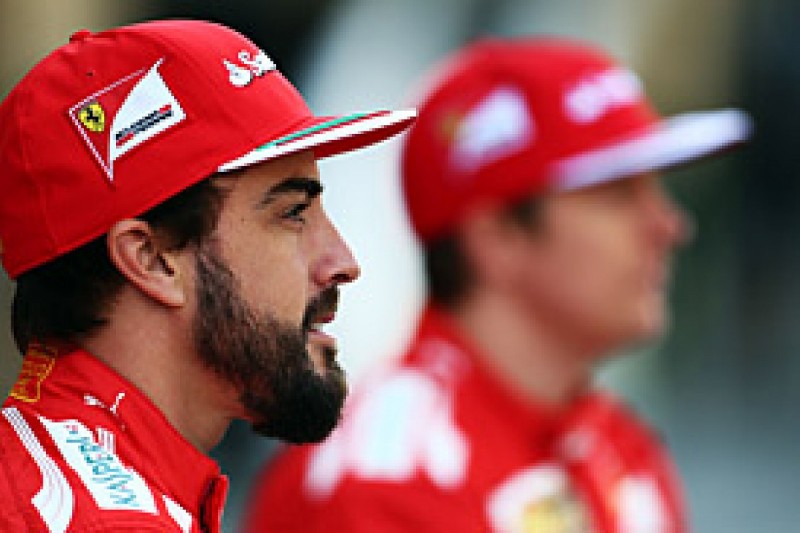 "I never imagined to have this beautiful performance over these five years, fighting for the championship, racing with everything I have inside, never giving up.

"I am proud of the team and of the things we did together.

"We missed the title, but we raced against a very dominant era of F1 with Red Bull, and this year with Mercedes - no one could get closer to them.

"This is what I missed to get to 10 [out of 10] for these five years, but any driver should drive for Ferrari for one year because it is a unique spirit."

ALONSO AT FERRARI IN NUMBERS

Alpine CEO Laurent Rossi says the team arrived at the first Formula 1 test of 2022 “in shambles” before recovering to finish fourth in the constructors’ championship.

Toyota driver Ritomo Miyata says he and Super GT team-mate Sacha Fenestraz have promised each other they will race together in Europe in the future, following the latter's departure from the Japanese scene.

As the dust begins to settle from Mattia Binotto’s exit as Ferrari’s Formula 1 chief following confirmation of his resignation, officials in Maranello now face a two-sided problem.