Romain Grosjean believes the current generation of Pirelli tyres in Formula 1 do not degrade enough, which makes the racing less exciting than it used to be

The F1 tyre supplier introduced harder compounds in 2014, after F1 switched from normally-aspirated V8 engines to turbocharged V6 hybrids, and beefed up the rear construction in anticipation of improved car performance this year.

Lotus driver Grosjean says the current iterations of rubber have largely eliminated the need for tyre management on some tracks, which he argues reduces opportunities for overtaking and means drivers can make less of a difference to the outcome of races with their individual styles.

"It's very different from two or three years ago where your driving style could influence the way you degrade your tyres, right now it doesn't change much," Grosjean said.

"I did prefer it when we had to think about it and when we could change the way it was degrading.

"That means if you took it a little bit slowly at the beginning of the race then you had an advantage over some of the other people, and you could try to go for an overtaking manoeuvre.

"I believe it creates overtaking chances, because there's a grip level and if the guy in front of you has a big snap it gives you an advantage.

"Right now if the guy in front of you has a snap you usually have the same one so you don't get the advantage anymore.

"Everyone is always on the limit of them [the tyres] and when you follow another car you don't really get that advantage anymore."

Pirelli is facing competition from rival manufacturer Michelin, which has tendered to supply tyres to F1 from 2017 and reckons it can inject more excitement into the championship using more durable rubber.

But Grosjean says the experience of recent races, which have been mostly one-stoppers in dry conditions on various compounds of Pirelli rubber, suggests more durable tyres won't necessarily increase overtaking. 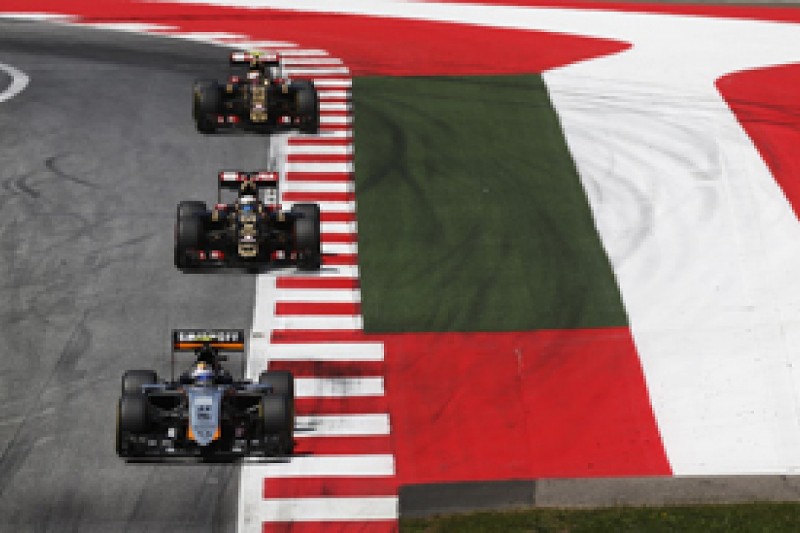 "Austria was a good example," he added.

"I was behind [Sergio] Perez at the beginning of the race, I was on super-softs and he was on softs, so I had an advantage over grip, but I couldn't overtake him because every time I was trying to push to get closer I was overheating my tyres and was losing grip, so I couldn't overtake.

"That's probably why we can try to concentrate and focus to try and make it easier to get closer to the car in front of you.

"In 2012 and 2013 when they [the tyres] were degrading, they were getting into that bad shape of losing grip and the guy behind could take an advantage over it.

"Right now it stays quite consistent, but over the lap if you go over a certain window then you just lose the grip and when you follow another car you lose downforce, so you slide even more and lose the grip, making overtaking harder."

F1 qualifying gains are vital in rest of 2015 - Marcus Ericsson