Russell's car was accidentally fitted with the front two mediums from a set of Bottas's tyres at the Sakhir Grand Prix earlier this month during his stand-in appearance for Mercedes.

Mercedes brought Russell in on the next lap to move him back onto a set of his own tyres, but sparked a stewards' investigation for mixing up tyre sets.

Mercedes was handed a €20,000 fine for the incident after the stewards accepted there were mitigating circumstances - the team cited a radio issue - and that it moved to rectify the mistake as quickly as possible.

But the stewards requested in their report that the FIA adjusted the sporting regulations to accommodate such an incident, which was unprecedented in F1.

In the latest edition of the F1 sporting regulations published following the World Motor Sport Council's meeting this week, clarifications have been made to the rules relating to tyre usage. 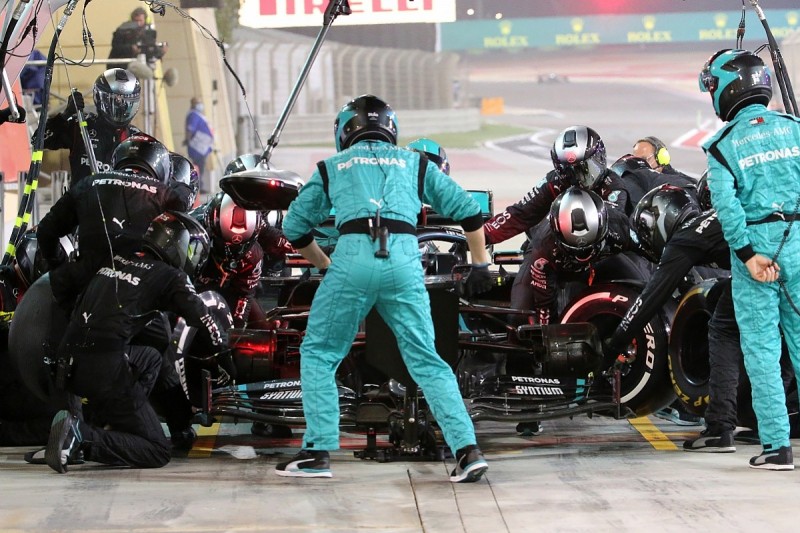 There was previously no clarity for incidents where a driver used tyres that were allocated to another car, putting Russell at risk of disqualification.

The regulation still states that any driver who does not change the tyres back within three laps would receive a 10-second stop/go penalty.

Another tyre-related regulation tweak in the sporting regulation is confirmation that Pirelli will continue to supply a standard amount of tyres to teams for each race, moving away from the custom selections that were previously on offer before 2020.

Teams will be supplied two sets of hards, three mediums and eight softs per race weekend.

The updated regulations also reduce the maximum race time including red flags from four hours down to three hours, and increases the number of permitted races in the championship to 23 to reflect the approved calendar for next year.

Flat Chat Podcast: Is Russell the heir to Hamilton's throne?

What F1 can learn from Alonso’s blast from the past