After Wednesday's running was written off by snow and persistent rain, conditions on Thursday morning were initially little better. But the higher temperatures at least meant some teams attempted meaningful runs on full wet tyres.

By 12.30pm local time, conditions had improved enough to make intermediates the tyre of choice, and half an hour later the track had dried sufficiently to make slick running possible.

Valtteri Bottas was first to venture out on slicks for Mercedes, moving to the top of the timesheets just after 1pm with a 1m24.722s on mediums, while Hulkenberg soon followed suit with a set of softs.

Marcus Ericsson used a set of super-softs to go third-fastest for Sauber, albeit 3.176s off the pace, moving ahead of Pierre Gasly, Max Verstappen and Stoffel Vandoorne - who had all set their best times on intermediates as of 1.15pm.

Verstappen didn't set his first timed lap until almost 1pm, briefly going fastest, and had only completed 18 laps - the least of all bar Force India's Sergio Perez, who managed just 11.

Vandoorne by contrast managed the most of all with 72, setting by far the most laps when the conditions were at their worst early in the morning.

Ferrari driver Sebastian Vettel was seventh-fastest using softs, while the order was completed by Sergey Sirotkin, Kevin Magnussen and Perez.

The only red flag of the morning was prompted by an off for Ericsson at Turn 2, with the Sauber returning to action shortly after running resumed. 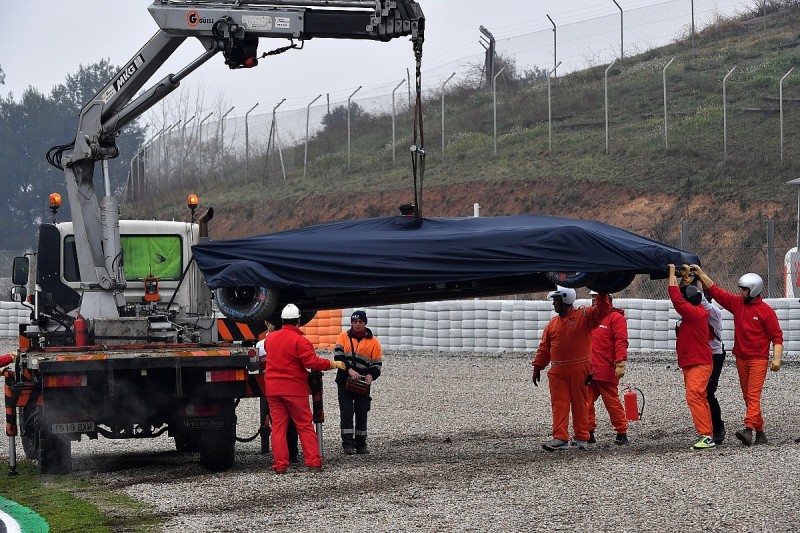 Has Honda finally woken from its F1 nightmare?