The start of Red Bull's pre-season was disrupted by problems with a sensor and battery energy charger last week, but it has otherwise had a reliable start with its RB13.

However Verstappen's first day of running in the second test at Barcelona featured a pair of MGU-K failures in Renault's new power unit, believed to be related to insulation.

Verstappen completed 34 laps on Wednesday morning before his car required an engine change, and his afternoon race simulation was cut short when he stopped at Turn 12 with what he described as an "MGU-K issue".

"Unfortunately I didn't run out of fuel," he said.

"We were two laps short of a race distance, we got a lot of data.

"Unfortunately we had to stop, similar issues that made us stop this morning but I'm quite confident because the Renault boys already have some plans to change that for Melbourne anyway so it should be alright.

"We have learned a lot again today so that's positive for the future."

Verstappen still finished Wednesday with 102 laps on the board and the fourth-fastest time, a 1m20.432s set on soft tyres, that was 1.122 seconds off Valtteri Bottas's benchmark on super-softs.

He said he was encouraged by how Red Bull's 2017 challenger was developing, noting it felt better than during the first week.

"It's smooth balance, a predictable car," he said.

"When you are turning, you know exactly what the car is going to do. So that is always very positive."

LUCK A FACTOR IN UNRELIABILITY

Red Bull's sister outfit Toro Rosso returns to Renault power this year, and the team bore the brunt of its unreliability last week, missing all of the final day. 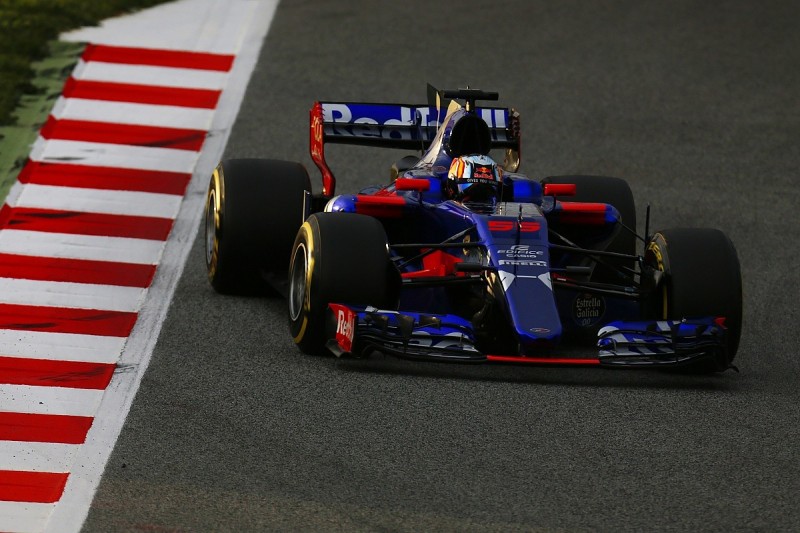 It has fared better this week, with Daniil Kvyat logging 83 laps on Tuesday and Carlos Sainz Jr 92 on Wednesday.

But with the factory Renault team having also had to change a pair of engines so far in testing, Sainz said there was little point worrying about the season opener in a fortnight.

"The main concern for Australia is still not the reliability," he said.

"It's that we can still do the rest of the huge amount of things still to test on the car before Australia and that we arrive prepared.

"On the Renault side, it doesn't depend on us, it's just pure luck if it works or not, if it breaks down or not.

"It's not our main worry, we need to focus on developing the car that we've created for 2017, and at the moment we still have a lot of catch up to do."