Formula 1 teams are on the limit to get their new cars ready for the first 2014 pre-season test in Jerez, reckon leading paddock figures

McLaren sporting director Sam Michael and Renault ambassador Alain Prost think that there is a growing acceptance now of how tight things are for everyone, despite there still being almost three months to go before the cars hit the track.

"Absolutely, it will be on the limit," said Michael, when asked how much of a challenge it is going to be for teams to get ready for the Jerez test that starts on January 28.

"These days we have simulations, stress analysis and dynos that are much more sophisticated than when we had the last big rule changes, but you are still upsetting your systems that are quite methodical and procedural.

"Teams now have operational procedures to make sure they don't make mistakes, and almost all of those will go in the bin [for 2014] and we will have to start again.

"That is why you will see variations next year. All teams at all ends of the grid will have problems getting to grips with the new systems."

Prost, who has followed Renault's developments closely, thinks reality is now biting for everyone now the 2013 season is coming to an end.

"I think everybody is a little bit more aware now," he said. "Last year at this stage of the year people were concentrated on the season - and not many people knew what was going on with the engine because they were focused on the racing.

"Then, when they realised, it's a wake-up. When you start to work on it, you can see the complexity of the situation on the engine on one side, and then the chassis/engine combination on the other.

"So it is absolutely normal that at this stage of the year people start to be concerned. Even the three engine manufacturers, if they are realistic and even if they have a lot of experience, they cannot be optimistic.

"But slowly it will go on as normal and there will not be a problem."

MISSING JEREZ NOT AN OPTION

Although in recent years some teams have skipped the first test to give them more time for extra windtunnel development, Michael thinks it unlikely anyone will do that on purpose next year. 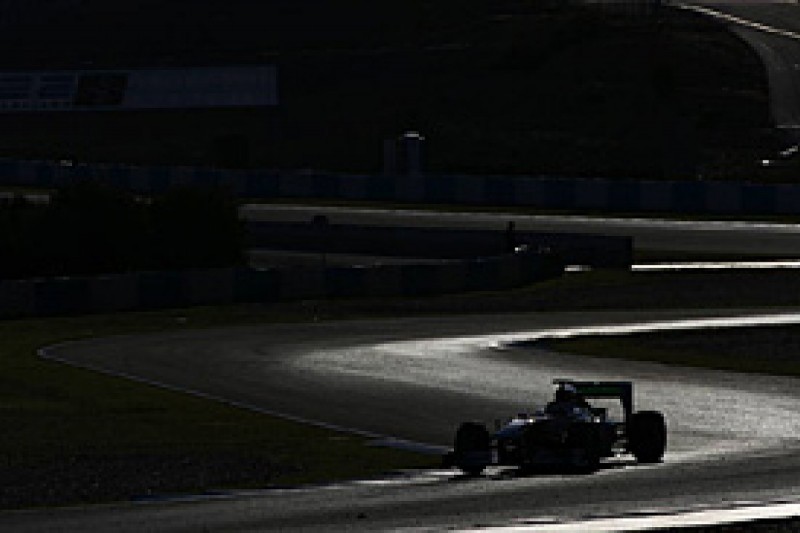 "I'm not sure what advantage you would get from missing it [the first test]," said Michael.

"If you push back a test, you normally do it for more wind tunnel testing - you don't do it for reliability.

"So looking at the chassis, you will not get an advantage of working on it longer.

"Of course you could do three weeks more work on front wings and diffusers, but you will bring an update package for the first race anyway so there is no advantage.

"I personally think you don't want to miss those tests. You want to be out there all the time."