Formula 1 teams should be open to improving the noise of the 2014 cars if fans are united in their dislike of them, claims Mercedes motorsport boss Toto Wolff

The sound of the 2014 F1 turbo cars has divided opinion among the sport's followers - with many ruing the loss of the loud V8s despite the widespread praise others have given the new generation of cars.

But teams have conceded that if fans are turned away from grand prix racing because they do not like the lack of noise, then they must be willing to react.

However, they are equally convinced that more time should be given for the season to settle down before any decisions are made about improvements.

Wolff is a supporter of the sound of the new generation of cars, but is well aware that not everyone shares his views.

When asked by AUTOSPORT about the possibility of a change being made to the acoustics if it becomes accepted as a real problem, Wolff said: "I am not too much of a technician but we need to look into things.

"If we agree that there should be something done on sound, then one should look into it. But assuming that it is possible or the right step to do, I am not sure."

Wolff is adamant, however, that the new rules should be viewed as a step in the right direction for F1 - even if the sound debate has dominated talk since Australia.

"For me personally I would judge it as a success," he said. "The cars are mind blowing technology.

"You hear criticisms about the engines and the noise of the engines, and I was out there at an event in Melbourne and David Coulthard drove the old V8 and it was a mega sound. There is nothing you can say against it.

"But F1 is still the pinnacle of motorsport. This is not GP2, and therefore it was the right step."

McLaren racing director Eric Boullier backed Wolff's call that fans' opinions must be listened to, but reckons it is far too early to make any decisions yet.

"Like every big change, there are always pros and cons," he said. "It is true that we cannot dismiss the fans' complaints, but we also see some positives.

"We need to not focus only on the noise. We are undergoing exciting change actually, with this new industry-relevant powertrain which is why we could attract some new engine manufacturers and keep the existing.

"We have less aero downforce, it's a more driver formula, and you can see on the weekend there were a lot of small driver mistakes.

"It is true the engine sound is different, but not that different from the turbo engines we had in the 80's. It takes a little bit of time to see what is going on and how it develops." 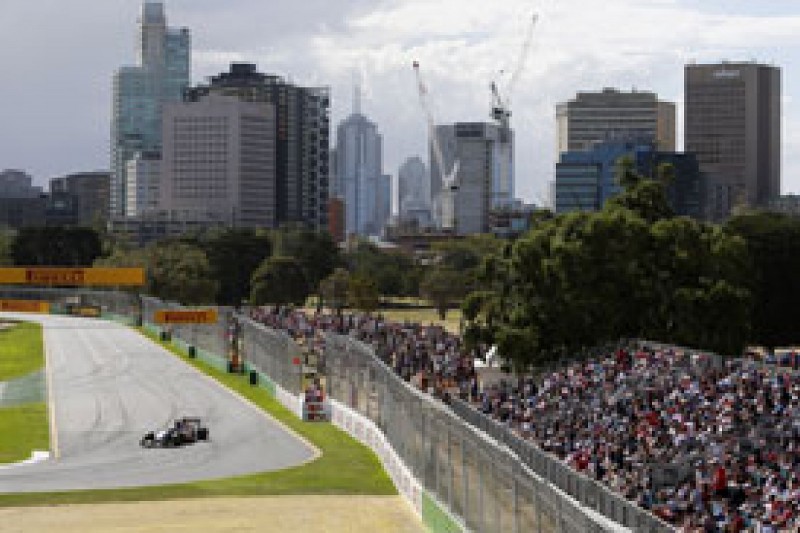 McLaren Group CEO Ron Dennis, returning to an active role in F1 after several years on the sidelines, reckoned that it was too early to make a proper judgement on the sport.

"I think we should give it a little bit more time to settle down before we are too critical of it," he said.

"I think there are always going to be people who have negative observations. That is inevitable.

"But qualifying was exciting, and the race was pretty close between everyone other than Mercedes."

Ricciardo has proved he can bother Vettel