After initially planning to stay on the current tyres for a third consecutive season, Pirelli has developed new prototypes in the wake of several high-profile tyre blowouts during the 2020 season.

Pirelli's new compounds, which are more robust but slightly slower and have an impact on the handling of the car, weren't very well received by the drivers when they were sampled in Bahrain, with the likes of Lewis Hamilton and Sebastian Vettel preferring to stick to the current compounds.

In the wake of that wave of criticism, Mercedes team boss Toto Wolff urged F1 drivers to support Pirelli, saying the new compounds are necessary to cope with the downforce demands of the current crop of cars and avoid further failures.

Ferrari director Mekies agreed with Wolff that teams shouldn't have to worry about whether the tyres will hold up, but explained the new compounds will cause them a headache to get right.

"We know this tyre is done for better safety, the prototype tyre, so that's the way it is," Mekies said.

"We all want safety, we all want to push as hard as we can without having to be concerned about the tyre safety and I think that's what Pirelli has done.

"So yes, it comes with less grip, we don't like less grip, but if it's the price one has to pay to get it, then I'm sure it's fine. 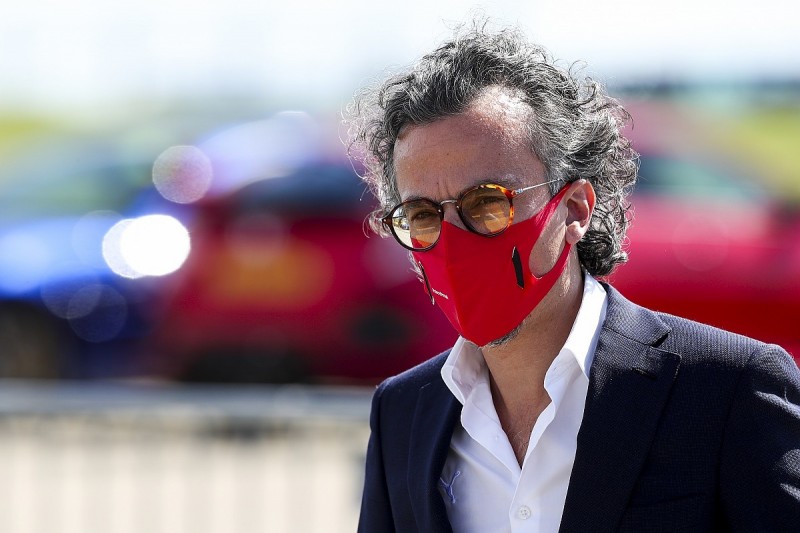 "Now the tricky bit with these tyres is that yes, they have less grip but they also come with balance shifts through the corners and it's probably going to mean quite a bit of head scratching over the winter to see how best to go about it."

Drivers found Pirelli's prototype compounds caused understeer when they were tested in Bahrain and didn't appear to solve the recurring overheating issues.

That means adjusting the 2021 cars, which are largely carried over from this year, to the new rubber will be an important factor in getting ahead of the opposition at the start of next season.

"It's not just less grip, its characteristics are quite different," Mekies added.

"And how to best support our drivers in dealing with that is going to be a topic, which I guess is good for the short run next year, in a way that there will be a new parameter in the equation of the ranking next year."