Gasly beat Perez to 10th, securing his third points finish of the season, but only after late-race contact at the end of the lap.

The stewards have since reviewed that incident and handed Gasly a five-second penalty.

That hands Perez the final point and drops Gasly to 13th behind Stoffel Vandoorne and Lance Stroll.

The stewards found Gasly's move "generally reasonable and that he was attempting to make a good racing pass" but said the Frenchman was "wholly or predominantly to blame" for contact after he hit the sausage kerb at the apex of the left-hander heading into Club.

Their report added: "This subsequently forced Perez off the track on driver's left before Turn 17 [Club] and severely compromised his ability to race through turns 17 and 18, and Gasly was thus able to pass Perez.

"While the collision was light it led directly to the pass." 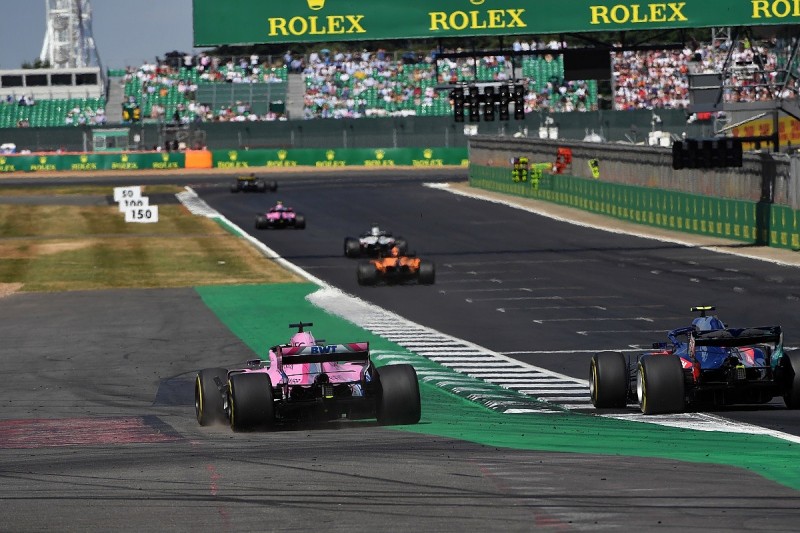 Before the decision was announced, Gasly said: "It's racing, that's what I like about racing, when you have close fights.

"I don't think it was a big deal, we touched a bit but we both stayed on track.

"For me it was a nice battle, I enjoyed it."

He said he had not anticipated a penalty and claimed acting on such incidents would "make racing boring".

"When I went for it, I wasn't expecting to touch him, but just with the tyres, everything, we touched a bit, but honestly it was really small."

Perez added: "I gave him enough space but that was not enough: we still made contact and I lost the place.

"I believe it was an unfair move. I'm pleased that the FIA took action after the race to penalise Gasly, which gave me back the final point."