With F1's current calendar running from March to November, the series has suffered from a big fall interest during the winter months when there is nothing going on to engage fans.

F1's owner Liberty Media is keen to address this issue and is considering a range of ideas - from competitions involving teams or drivers, to larger bespoke festival events.

Chase Carey, F1's chairman, explained that inspiration for the idea came from the NFL Draft - which is a hugely popular annual event during American football's off-season and serves as the league's most common source of player recruitment.

"One of the ambitions we have is to figure out how we make this sport something that engages the fans 12 months a year," he said.

"One example would be the NFL, which is not playing right now but they just had the NFL Draft. That is a big event.

"They have created events that are interesting for fans even when they are not in the season.

"So we would like to determine - how do we create more interesting things for fans, whether it is unique competition or unique events, or things that are around the sport that continue to build interest and enable fans to engage more?" 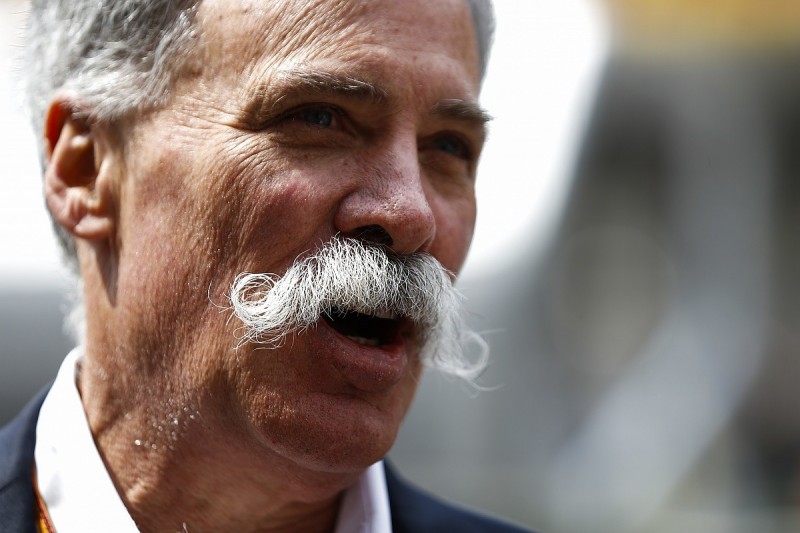 Carey believes it would be wrong to lengthen the F1 calendar to make the winter shorter, and also thinks that the championship should not do anything that takes attention away from its main schedule.

"The 21 races that we have will always be the highest profile, but we think we can do other things that enable fans to connect with the sport," he said.

"We have a pretty full season - our season goes from March to the end of November so it is a long season, and we have to recognise that there is a lot of wear and tear on that season.

"But I would say we think it would be a good thing to find ways to engage fans.

"It may not be a competition on track, it may be other aspects of the sport, but there are some unique ideas for various forms of competition that we are engaged with and talking to various parties about."