The FIA has been experimenting with additional or longer zones this year for the drag-reduction system in a bid to improve overtaking.

But it opted not to extend the first DRS zone at Suzuka because of the curved entry to the start-finish straight, and felt a second zone was inappropriate because of the high-speed, left-hand 130R.

The FIA believes it would be wrong, whether the DRS zone ended just before 130R or included it, after complaints when drivers could use DRS through Silverstone's first corner, but Racing Point Force India driver Perez said: "Turn 1 at Silverstone is a lot harder than 130R.

"If you want to have a lift and then come back to DRS, it is really down to you.

"There will be drivers that take more risks than others but you leave it down to the driver and I think we are good enough to do that."

Perez and Sauber driver Charles Leclerc expect the matter to be raised in Friday's drivers' briefing.

Leclerc said a second DRS zone would "probably have made sense", and Williams driver Lance Stroll and Perez's team-mate Esteban Ocon joined the chorus of drivers in favour of the addition.

Stroll said whether or not 130R would be flat is "probably not the reason we should debate if it is a DRS zone or not on the back straight".

"I think it can only help overtaking," said Stroll. 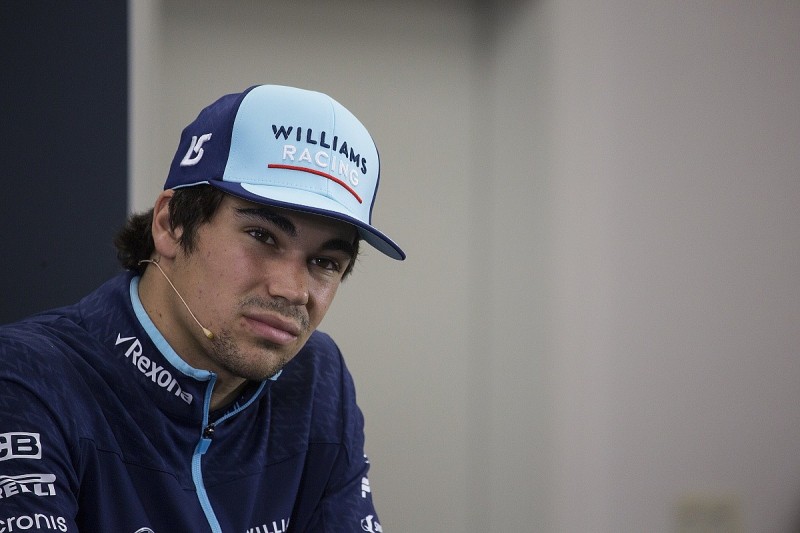 "It is already a track where due to the nature of the track it is very difficult to follow in the high speed corners."

Ocon agreed it would be "even harder than Silverstone Turn 1", and added: "It could only help overtaking into the last chicane.

"In the race it would probably not be flat, especially following other cars, but in qualifying it could be an interesting challenge."

Ferrari driver Sebastian Vettel is not a fan of DRS and earlier this year compared the addition of a third zone in Austria to playing Mario Kart.

He reiterated that reference at Suzuka, saying: "Now we are in Japan, I think [about Mario Kart].

"It would be more fun to throw bananas out of the cockpit, so maybe this would be better idea than to have DRS.

"I don't like it, I think it is artificial, we should find a different way to make the cars follow each other closer and not rely on DRS."

Haas driver Romain Grosjean agreed that DRS is not a perfect solution, but conceded it might be necessary.

"In general I think DRS is not great, but on the other hand it's the only way to get overtaking at the minute," said Grosjean, who also pointed out it could "open up a gap" between the midfield and bigger teams.

"Like Red Bull, they've got the downforce to keep it open at 130R," Grosjean added.

Red Bull driver Max Verstappen said he was prepared to take the corner with DRS open on his "first lap" on Friday.

When asked if it would be easier to operate DRS at 130R than at Turn 1 at Silverstone, he added: "I think so.

"Because you are normally running a little bit more downforce here, so it should be better."