Max Verstappen closed out practice for the Formula 1 Abu Dhabi Grand Prix quickest ahead of team-mate Alexander Albon, as Lewis Hamilton could only finish sixth for Mercedes

Verstappen led Red Bull back to the top of the timesheets in the final practice session of the 2020 season, having trailed the Mercedes duo of Valtteri Bottas and Hamilton on Friday evening.

Following a 20-minute lull at the start of the session, when no drivers took to the track, Verstappen was able to claim top spot with his first run on the soft tyres.

Verstappen shaved a further four-tenths of a second off his best lap time during a first qualifying simulation, outpacing Hamilton by three-tenths of a second, with Bottas sitting third after his initial effort.

After Verstappen fell 0.011 seconds shy of his best time after a lock-up on a second qualifying run, the Dutchman managed to gain half a second with his final lap of the day.

The time of 1m36.251s comfortably gave Verstappen top spot in the final classification ahead of Albon in the sister Red Bull car, who made a late improvement to finish half a second off his team-mate despite reporting "insane" understeer. 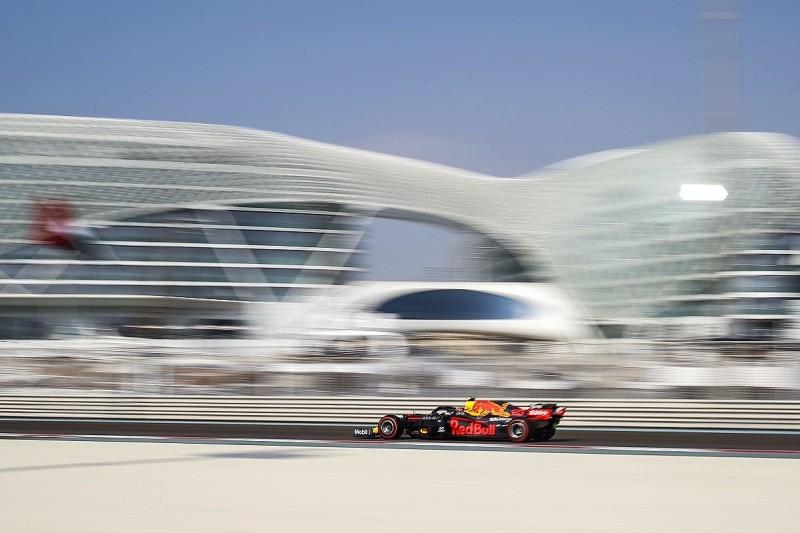 Mercedes opted against doing any late qualifying simulations with either Hamilton or Bottas, meaning they were shuffled down to sixth and ninth place respectively, separated by Racing Point's Lance Stroll and McLaren's Carlos Sainz Jr.

Sergio Perez rounded out the top 10 for Racing Point ahead of AlphaTauri's Daniil Kvyat.

Ferrari's anticipated struggles continued as Charles Leclerc and Sebastian Vettel finished 12th and 14th, with Pierre Gasly sandwiched between them in the final classification.

George Russell continued to adjust to life back at Williams, finishing 15th thanks to a late improvement on softs that put him almost a second clear of team-mate Nicholas Latifi, who ended up 19th.

Pietro Fittipaldi propped up the timesheets in 20th for Haas, lapping more than seven-tenths of a second off Magnussen's time.