Formula 1 fans may be excited for the new season to start, but to keep them satisfied in the meantime, Drive to Survive will hit screens this Friday (11 March).

The Netflix series has been a resounding success for F1, helping it reach an enormous new audience and broaden the spectrum of its fanbase, from fair-weather followers to diehard ‘stans’.

Season 3 marked a new peak for Drive to Survive, hitting #1 worldwide on Netflix and outperforming the first season, which is unheard of in streaming circles. Yet Season 4 is arguably the most important series to date. Not only did it need to build on that success, but it had to strike the right balance as its use of creative licence is in the spotlight more than ever.

For the first time in Drive to Survive’s history, there is a proper title battle for Netflix to sink its teeth into. The 2021 fight between Max Verstappen and Lewis Hamilton is a natural focus point throughout the season, set up well by the opening episode. While being a bit basic at points for long-serving fans, it is a good refresher for those who only consume F1 via Netflix.

But Verstappen’s absence - revealed last year due to his opposition to some “fake” storylines - is felt throughout the season, leaving much of his side of the story to be told by Christian Horner. The Red Bull team boss quickly takes up the bad guy mantle, making regular barbs and jibes in Toto Wolff’s direction (e.g. seeing him on a TV screen and saying: “Ah shut up, the guy has no f*cking idea.”). It does get quite repetitive, and could do with some more nuanced explanation of the rivalry instead of mud-slinging.

Hamilton is used sparingly through the season, but his interviews are illuminating. One of the most vulnerable moments comes when he talks to Wolff about his frustration over Baku - a race that isn’t given any coverage otherwise, strangely - and discusses his fears about catching Covid again ahead of the sold-out British Grand Prix. It’s the kind of insight that only Drive to Survive can offer.

Besides Verstappen, many other absences are felt through the eight episodes available to media at the time of writing. Fernando Alonso and Sebastian Vettel barely feature, while Ferrari seems to be shoe-horned into the two McLaren led episodes. Just as in Season 3 with the hammed-up rivalry between Lando Norris and Carlos Sainz Jr, there does feel like a push for tension between Norris and Ricciardo that doesn’t feel totally accurate. 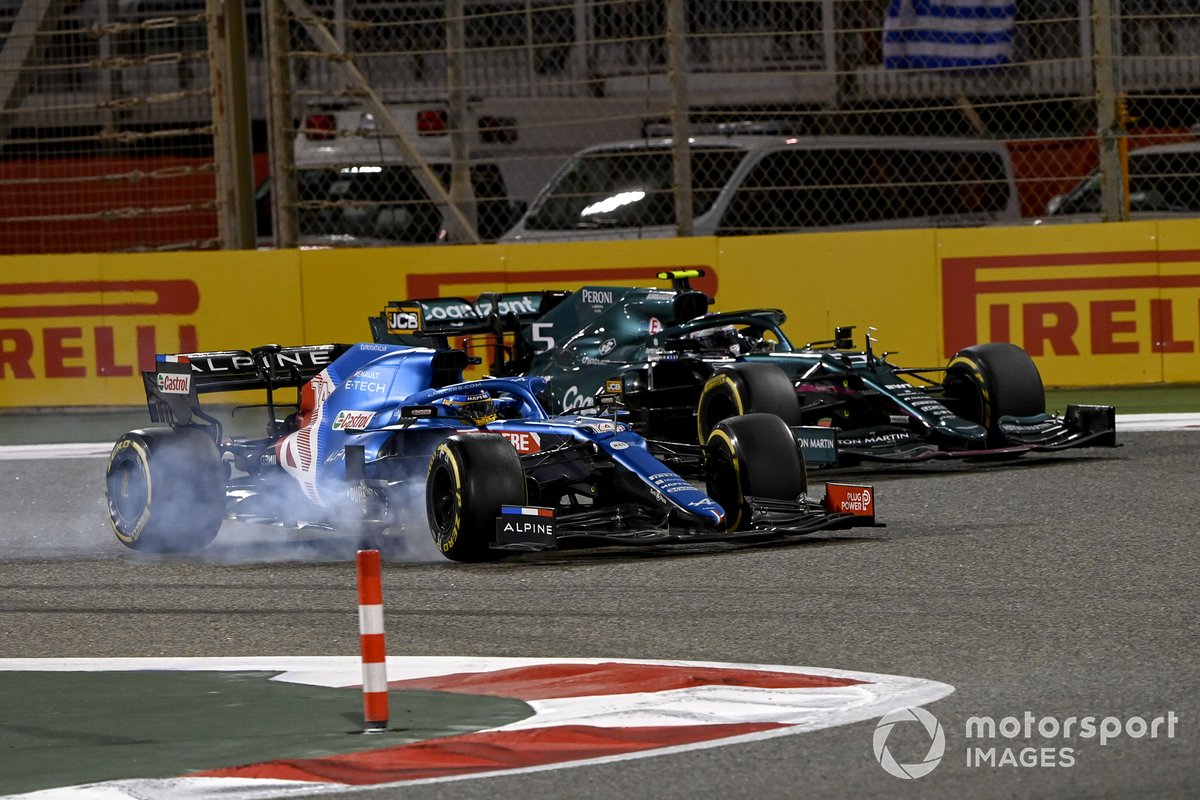 Drive to Survive has always thrived off personalities, and this season is no different. Ricciardo is back and on good form as always, even if his Monza victory episode lacks added insight at points, and the use of figures such as Susie Wolff and Geri Horner is refreshing.

One of the highlights is seeing Yuki Tsunoda at his absolute unfiltered best through an episode he shares with Esteban Ocon. It’s an odd pairing, framed around the fight for fifth in the constructors’ championship between Alpine and AlphaTauri, and both could really have done with their own episode. Ocon’s victory in Hungary is covered aptly though, given his role right from the start of Drive to Survive.

Fans will also be pleased to know that Haas and Netflix cult hero Gunther Steiner get the spotlight again for an episode - although it is a somewhat tense affair. The storyline focuses on Nikita Mazepin’s early struggles and the influence of his father, Dmitry, who threatens to pull funding amid concerns Nikita doesn’t have the same car as Mick Schumacher. The attempt at a redemption arc comes by playing up Mazepin’s performance at the Russian Grand Prix, where he finished last. It’s a bit of a stretch.

The biggest question mark lingers over the final two episode of the season - which have not yet been released to the media for viewing - that cover the conclusion to the championship. While the target market for the show may warrant some push for more creative licence, the fashion of the Abu Dhabi decider and the controversy means it really has to be accurate and cannot be played around with if it wants to keep traditional F1 fans coming back.

That will be the biggest test for Season 4, which while remaining essential viewing does lack a bit of depth through what was one of the most explosive seasons in recent F1 history.