Stefano Domenicali says Formula 1 must continue its "active role" in highlighting social issues through the We Race As One campaign, with drivers serving as ambassadors in its messaging

F1 launched We Race As One ahead of the delayed start to the 2020 season to acknowledge the global fight against COVID-19 and a great push for diversity, condemning racial injustice.

Time was also allocated before each race for drivers to take part in an anti-racism message, with the majority of the grid opting to take a knee.

Autosport understands that F1 is set to explore plans for 2021 with drivers and teams in coming weeks, before deciding how the time before races will be used to highlight social issues.

Newly-appointed F1 CEO and president Domenicali said it was important that F1 remained conscious of social issues around the world that it would highlight through the pre-race slot.

"I think that is a point on which last year was very focused on, on the racism point," Domenicali said in an interview with Sky Sports.

"But diversity and We Race As One, I think that will give us the opportunity to highlight the time before the start of the race, to use these minutes to highlight the values related to this programme and this specific subject. 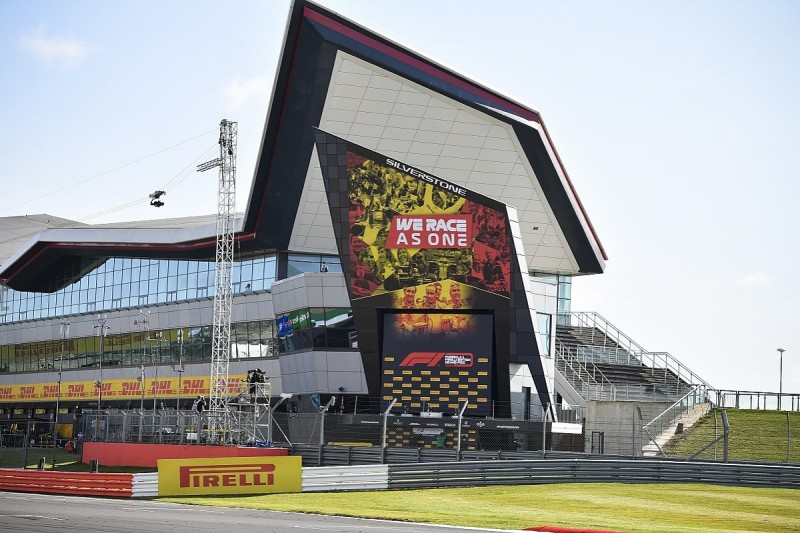 "What we have in mind is to use this time to share with the drivers and the teams how we can use the attention the F1 world will have to have, not only to the end of the season, but to the diversity and We Race As One programme.

"We will use this moment to make sure that everyone will understand that Formula 1 is not living out of this world. Formula 1 wants to have an active role in enhancing these values."

Domenicali said maintaining F1's diversity and anti-racism messaging was "absolutely" a high priority, and was pleased to see drivers becoming increasingly engaged with social issues and using their platforms to advocate change.

"Drivers realise more and more that they are the ambassador of Formula 1 in a different dimension, not only for technical skills but also for the way that they can put out the right message of Formula 1," Domenicali said.

"I think they will appreciate that.

"Of course it's something that we don't want to be political, because that's not our business, but we want to highlight the values of the society.

"I think the young drivers have a different understanding and a different sensitivity to this subject, and I think we go for it because it will be a very important message, that Formula 1 has been and will be in the future, the protagonist on this subject."

We Race As One has been F1's primary platform for its corporate social responsibility, which also extends to its commitment to improve sustainability and have a net-zero carbon footprint by 2030.

How Mercedes improved upon its turbo-hybrid F1 titan