Red Bull's Christian Horner says Formula 1 is facing a "smash-and-grab" 2020 season due to the uncertainties of the coronavirus pandemic, which will increase the importance of limited car upgrades

The delayed 2020 season is set to get underway with the Austrian Grand Prix this weekend, but so far only eight European races - including double headers at the Red Bull Ring and Silverstone - have confirmed with slots back on the rearranged calendar.

As the coronavirus lockdowns swept away the expected 2020 schedule after the aborted Australian GP, the car updates that teams had planned to introduce in the early races are now being implemented differently across the grid.

The upgrade limits for 2021 are also an important consideration for the teams as the current designs will largely be carried over, with two tweaks allowed under a token system supervised by the FIA.

Red Bull, which will run an upgrade Honda engine in Austria, is one of several teams introducing major upgrades for the new season opener - while its 'Class A' rival Ferrari is waiting until the third round, which will take place in Hungary.

"It felt like Mercedes still are a sniff ahead. But it's all going to come down to the rate of development. And obviously Honda's evolution as well. 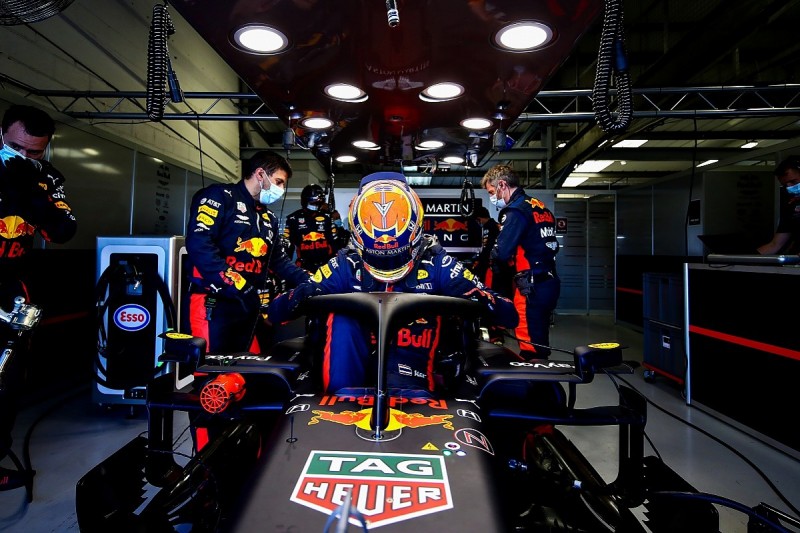 "I'm sure the top teams will all be bringing updates that would have normally been either [added on] in the early European season and it's going to be [about] 'how much is that worth?' Who's going to be putting on the most performance onto their cars?

"And of course we've got a unique situation where we've effectively got a year-and-a-half to get out of these cars.

"So it's going to be a smash-and-grab kind of season this year, with prolonged development that goes through with this car carried over into next year."

Horner also outlined how Red Bull had altered its plans for the adding its normal early-2020 updates to the RB16 in light of the spring factory shutdowns that resulted from the lockdowns.

"The normal development process has continued because obviously a lot of the development was in the pipeline following the testing, which would have normally been introduced in Zandvoort - or updates that would have also happened in Vietnam," he said.

"So they all get rolled up and packaged into what will appear on the car in Austria.

"It's going to be important to get up to speed quickly. "Red Bull Ring is tricky - it's a unique kind of circuit.

"I don't think you're going to get a really a pattern of things [over the two Austrian races] - even Budapest is a unique circuit.

"So it's only really going to be by the time to we get to Silverstone that you [will] start to get a clear picture."