Rosberg made a slow start from fourth on the grid on Sunday and made firm contact with Bottas at Turn 1.

"We were lucky with the contact - that could have taken out Nico's car," he said.

"It looked a bit tough at one point to get back to the one-two finish, but we did it bit by bit, thanks to a combination of a driver doing great laps when he needed to and good strategy from our side."

Lowe added that he did not think the telemetry failure on Rosberg's car contributed to his poor getaway, while Mercedes' non-executive chairman Niki Lauda was convinced that it must have played a part.

"It wasn't a great start but it wasn't related to the loss of telemetry," Lowe said. "We were just managing through other systems, like the radio.

"It's a bit awkward, but there were no issues with the car. I think it would have been a lot more difficult if there were."

Lauda added: "The telemetry on Nico's car failed on the way to the grid, which is tough for him because you don't know where the clutch bite point is, and [that] his start was not perfect is understandable.

"He didn't have any telemetry coming back at all, so we had to ask him when he went past the start/finish line what reading he had on fuel, and he says 'don't break my balls with all those questions', but nevertheless it is something we need to look into." 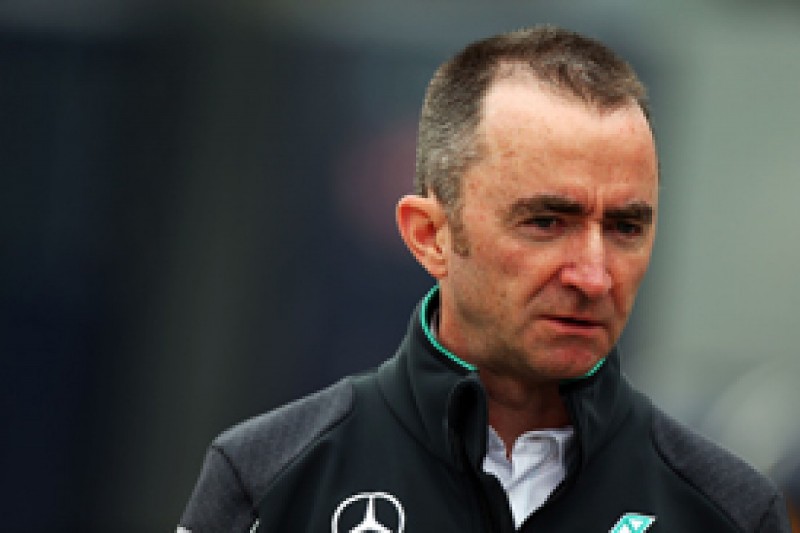 Lowe was also surprised by how much of an advantage race winner Lewis Hamilton enjoyed.

He praised the work done by the engineers to gamble on adjusting the car after the last dry free practice session on Friday, knowing they wouldn't have a chance to test the settings thanks to the expected rain on Saturday.

"His tyre life was better than expected," Lowe said. "That was down to work we'd done earlier in the weekend.

"It was a bit of a setback on Saturday having the wet FP3 - we couldn't really test out the changes we'd made overnight, so the laps to the grid were important to see where we'd got the balance to.

"The race balance on both cars was very good; all credit to the engineering teams."