Verstappen and Hamilton had been battling hard for the lead from the start, as they fought wheel-to-wheel through the opening half of the lap.

Having gone side-by-side through the first complex, Hamilton had tried to go around the outside of Verstappen at Brooklands before being squeezed out.

On the approach to the near flat out Copse corner, Hamilton had got a run down the inside of his rival and went for the inside line.

Verstappen, on the outside, stood his ground and, as he turned in around the outside, his right rear wheel tagged Hamilton’s front left.

The impact pitched Verstappen into a spin and his right rear tyre popped off the wheel as he was plunged into the tyre barrier at high speed.

Verstappen was immediately attended to by trackside marshals and, although getting out of the car unaided, he appeared to be shaken up by the crash. 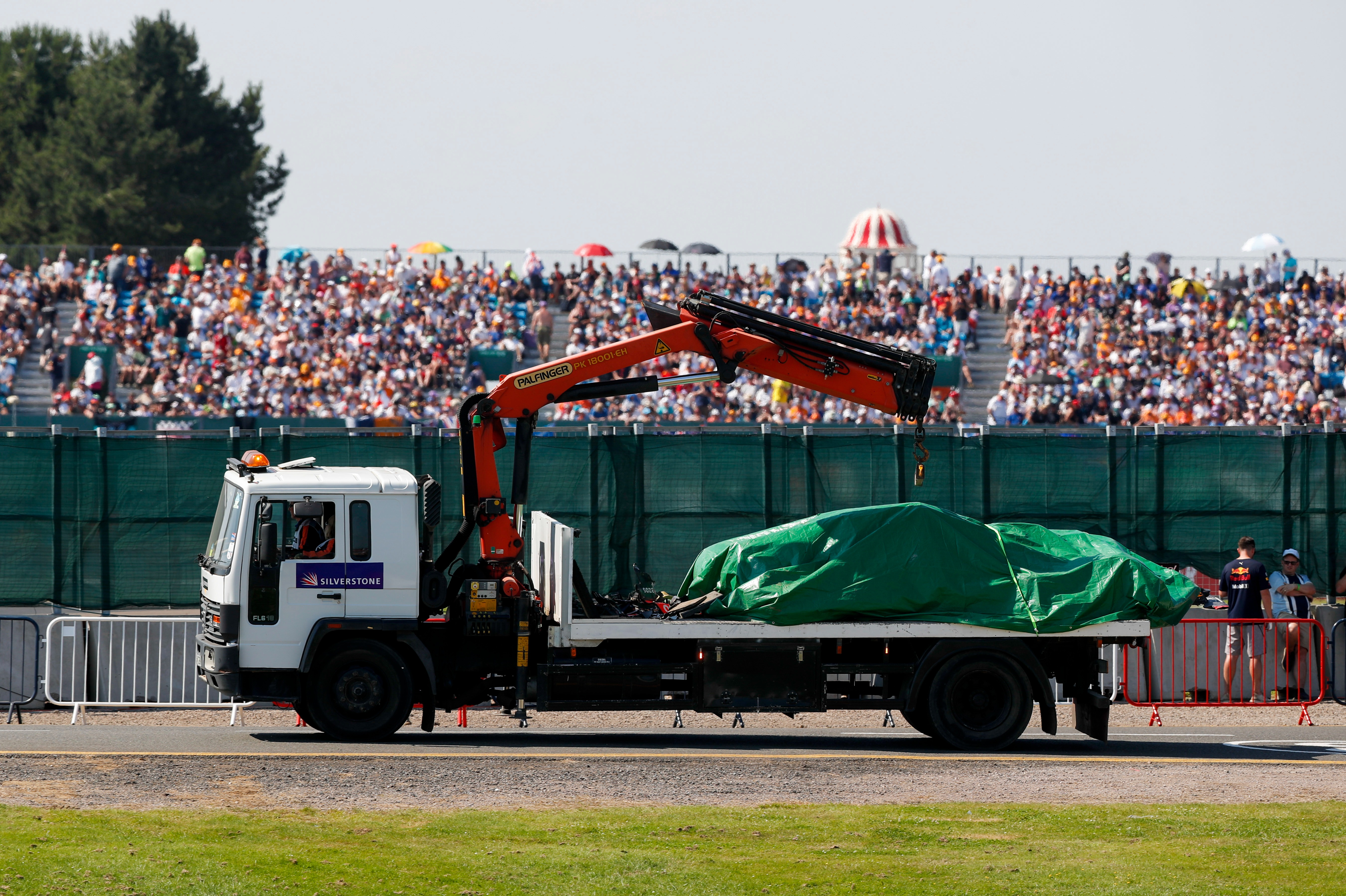 Soon afterwards, Verstappen was seen waving to the crowds as he was escorted to a nearby ambulance.

The sizeable nature of his accident will mean that he will need to face a precautionary check at the medical centre.

Hamilton was able to continue despite minor front wing damage, before the race was red flagged after the first lap was completed so that the barriers could be replaced.

Speaking on his team radio after the incident, Hamilton said: “I was ahead going in there, man. Fully alongside, it was my line. He turned in on me, man. It was a big hit on the left front, so do a big check. Is Max OK? I'd given the guy space."

Verstappen’s exit from the British GP will hand Hamilton a golden chance to close down the points advantage that his Red Bull rival has opened up in recent races.

The Hamilton/Verstappen incident left the door open for Ferrari’s Charles Leclerc to take the lead of the race, meaning he will start from pole position for the eventual restart.