While Gasly has been promoted to Red Bull's senior team for next season, Hartley is at risk of being forced out of F1.

The New Zealander has repeatedly said he has a contract for next season but his team has already re-signed Daniil Kvyat for 2019 and is negotiating with the Nissan e.dams Formula E team to release Alexander Albon to take the other Toro Rosso seat.

He said: "It was a good one. I feel like I've been performing well in the last events.

"Obviously every weekend I am answering questions about my future or reading about it or read in the press I need to beat my team-mate.

"But in fact Singapore, I was ahead in the race before I had team orders and I was boxed again.

Hartley's two-point haul in the US doubled his tally for the season but he is still 19th in the championship having only outscored Williams rookie Sergey Sirotkin. 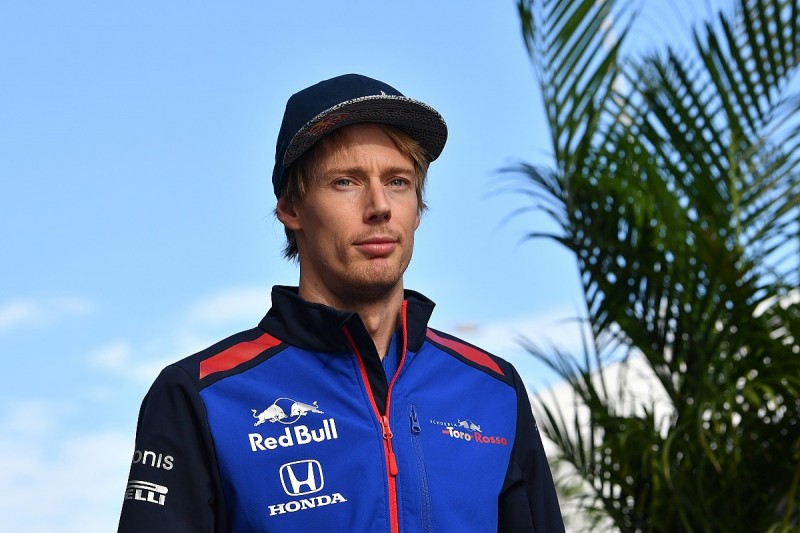 Speaking to Autosport after learning he had scored those two points, Hartley added: "It's obviously been annoying to answer questions about my future all the time, I've said it a few times already.

"I feel like I'm doing the job and deserve to stay here."

Gasly has 28 points and has scored Toro Rosso's big results while Hartley has enjoyed fewer peaks, although he did qualify sixth for engine supplier Honda's home race in Japan.

Beating Gasly in the US was the first time Hartley has finished ahead of his team-mate since the German Grand Prix in mid-July.

"I did everything I could today. I showed a lot of aggression on the first lap: I passed one of the Saubers on the outside of Turn 7, I passed both Pierre and a McLaren into Turn 12.

"That set the race up.

"In the end, on the road, [11th] was the maximum I could have done and we were rewarded with two points: however we got it.

"I'm happy with the first lap, happy to get ahead of the other car, happy to do a better job on tyres."

Why Ferrari's turnaround is difficult to explain