An FIA medical report that warns about the risks of brain damage to drivers from excessive porpoising proves rule changes are needed for next year, says Mercedes boss Toto Wolff.

A push by the FIA to change the 2023 technical regulations and lift floor edges by 25mm to help eliminate car bouncing has not gone down well with a majority of teams, who fear it forces an unnecessary and expensive redesign of their new car plans.

FIA president Mohammed Ben Sulayem has been canvassing the opinion of all teams and drivers over the past two weekends to try to get a better understanding of the situation, and work out exactly what measures should be implemented in the end.

While some teams would much prefer a 10mm raising of the floor, there is no guarantee that Ben Sulayem will agree to a compromise solution – and there has been talk of a potential legal challenge if the FIA goes ahead with the original plan.

Mercedes is one of the squads that welcomes the FIA’s stance on the matter, though, and team boss Wolff suggested that a medical report he was shown in a meeting with Ben Sulayem at the Hungaroring on Saturday was all the evidence he needed to be sure there should be no watering down of the approach.

“There's all this talk of lobbying in either direction, but I think fundamentally, what are we talking about?” he said.

"The FIA has commissioned medical work on the porpoising. The summary of the doctors is that frequency of 1-2Hz, sustained over a few minutes, can lead to brain damage. We have 6-7Hz over several hours.

“So the answer is very easy: the FIA needs to do something about it.”

But despite the evidence of the FIA medical report, not all teams are convinced that there is a genuine safety concern for next year. 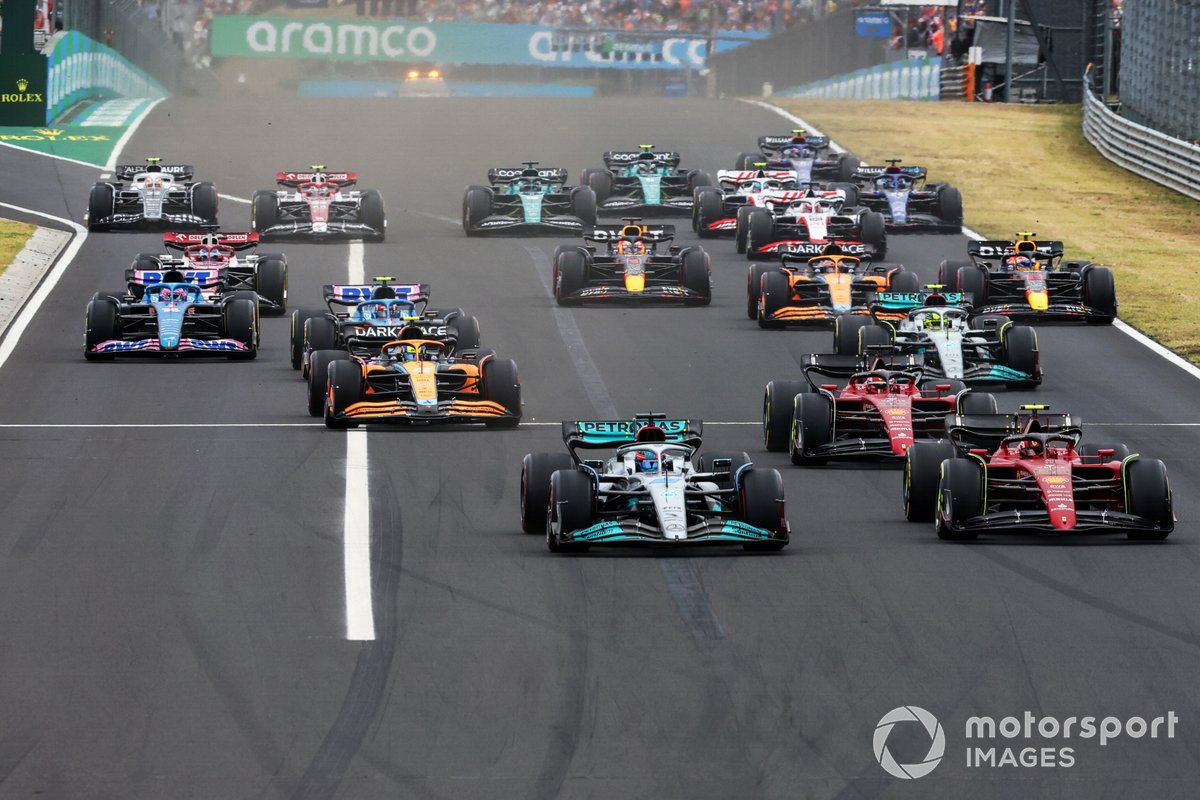 Ferrari believes that the plans that are coming in to force at the Belgian Grand Prix, where teams will have to stick within an Aerodynamic Oscillation Metric (AOM) will be enough to get rid of the worst of the porpoising.

Racing director Laurent Mekies said: “I think we need to be very careful when we speak about safety grounds.

“I think we were all in this [press conference] room last time we discussed it and that was for the halo, these sort of things.

“There are a few important topics to be discussing in future: roll hoops or something else. So I think you need to separate that from the discussions we are having with teams, with the FIA, on how to make situations better for the porpoising and in that context, the TD [for Spa] is doing a good job.”

While porpoising has not been an issue in recent races, Wolff thinks it would be wrong to think the problem has been eradicated completely.

“I still fundamentally believe that there is no choice for the FIA and for us to do something," he added.

“I don't want to have it in Spa, or at some of the later races where the track is not as smooth as on a conventional racetrack, and we haven’t done anything, and people say: ‘well, now it’s too late.’

“The argument is we haven't had any porpoising and bouncing in the last few races. But it doesn't count because Silverstone, Paul Ricard, and Austria aren't exactly tracks that we bounce at anyway.”

The missed clues that could have saved Ferrari’s Hungarian GP