Ferrari must ensure its Formula 1 team boss Mattia Binotto is not overwhelmed by his responsibilities and consider recruiting a secondary figure to help deal with politics, says Gerhard Berger

Binotto was previously Ferrari's technical director but replaced Maurizio Arrivabene as team head at the start of this year.

Ferrari was seen as the benchmark outfit in pre-season testing at Barcelona, but has failed to win any of the first three races of the season, which have all been won by Mercedes.

Berger, who won five grands prix for Ferrari during his two stints at the team from 1987-89 and '93-95, contrasted Ferrari's structure with that of Mercedes and Red Bull, which both have multiple figureheads.

Asked for his opinion of Binotto, Berger said: "The usual thing with Ferrari is, someone getting the responsibility, and getting all responsibility.

"Because when you look at Red Bull, you have this genius Adrian Newey. You have a capable [team boss] Christian Horner. Then you have the shark, Helmut Marko.

"Then you look to Mercedes: Toto [Wolff], very capable. You have the genius on the engine side, Andy Cowell. And you have Niki [Lauda], unfortunately not here now [as Lauda is recovering from flu].

"At Ferrari you see [only] Binotto. I don't know if this is enough.

"I think Binotto is a great technician. It's just [important] he doesn't use too much time for maybe political discussion or whatever, and then running out of time for the main [part of his job]." 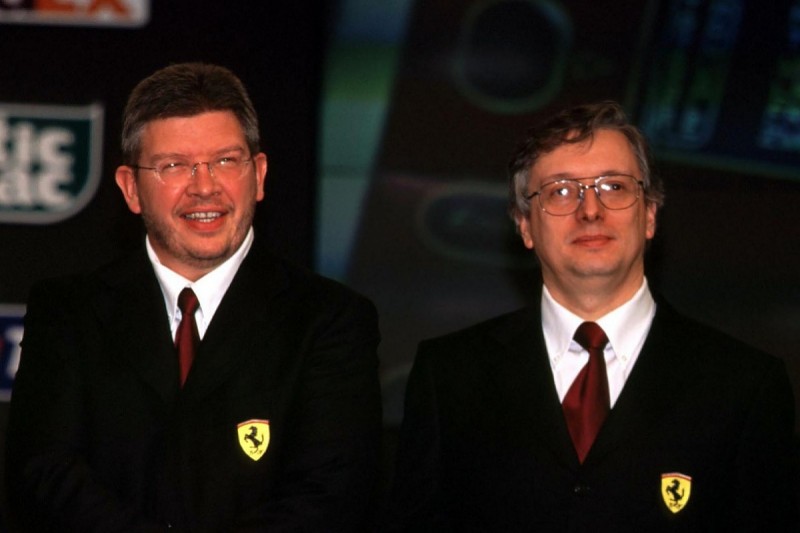 Berger also pointed out that Ferrari ensured responsibility was spread across a number of senior personnel during its late '90s and early '00s heyday with Michael Schumacher.

Both Ross Brawn and Rory Byrne moved to the team from Benetton a year after Schumacher departed at the end of 1995, with both working under team boss Jean Todt.

"One of his big strengths was he knew how to put people together to get the maximum out of them," said Berger of Schumacher.

"In this he was very good, and in this he has an advantage over Sebastian [Vettel]. Michael was fantastic in even collecting people for his team.

"Again you had three people: you had Rory, the genius of the time, you had Ross, and you had Jean Todt, who dealt with the political side and the regulations.

"I just don't know who is going to take certain roles in Ferrari, because if it's all on Binotto, it's going to be a bit heavy."

Video: How a Formula 1 car works - Giorgio Piola on sidepods

Russell: Understandable Red Bull juniors are at 120% given pressure