Facts: Car #3 was not in compliance with article 5.1.4 of the FIA Formula 1 technical tegulations.

Decision: Car #3 is excluded from the race results.

1) The technical delegate reported to the stewards that car #3 exceeded the required fuel mass flow of 100kg/h. (article 5.1.4 of the Formula 1 technical regulations)

2) This parameter is outside of the control of the driver, Daniel Ricciardo.

3) The fuel flow is measured using the fuel flow sensor (Art. 5.10.3 & 5.10.4 of the technical regulations) which is homologated by the FIA and owned and operated by the team.

a. During practice one a difference in reading between the first three and run four was detected. The same readings as Run 4 were observed throughout practice two.

b. The team used a different sensor on Saturday but did not get readings that were satisfactory to them or the FIA, so they were instructed to change the sensor within parc ferme on Saturday night.

c. They operated the original sensor during the race, which provided the same readings as run four of practice one, and practice two.

5) The stewards heard from the technical representative that when the sensor was installed on Saturday night, he instructed the team to apply an offset to their fuel flow such that the fuel flow would have been legal. He presented an email to the stewards that verified his instruction.

6) The technical representative stated to the stewards that there is variation in the sensors. However, the sensors fall within a known range, and are individually calibrated. They then become the standard which the teams must use for their fuel flow.

7) The team stated that based on the difference observed between the two readings in P1, they considered the fuel flow sensor to be unreliable. Therefore, for the start of the race they chose to use their internal fuel flow model, rather than the values provided by the sensor, with the required offset.

b. The technical directive goes on to state: "If at any time WE consider that the sensor has an issue which has not been detected by the system WE will communicate this to the team concerned and switch to a back-up system."

c. The back-up system is the calculated fuel flow model with a correction factor decided by the FIA.

9) The FIA technical representative observed thought the telemetry during the race that the fuel flow was too high and contacted the team, giving them the opportunity to follow his previous instruction, and reduce the fuel flow such that it was within the limit, as measured by the homologated sensor - and thus gave the team the opportunity to be within compliance. The team chose not to make this correction.

10) Under Art. 3.2 of the sporting regulations it is the duty of the team to ensure compliance with the technical regulations throughout the event. 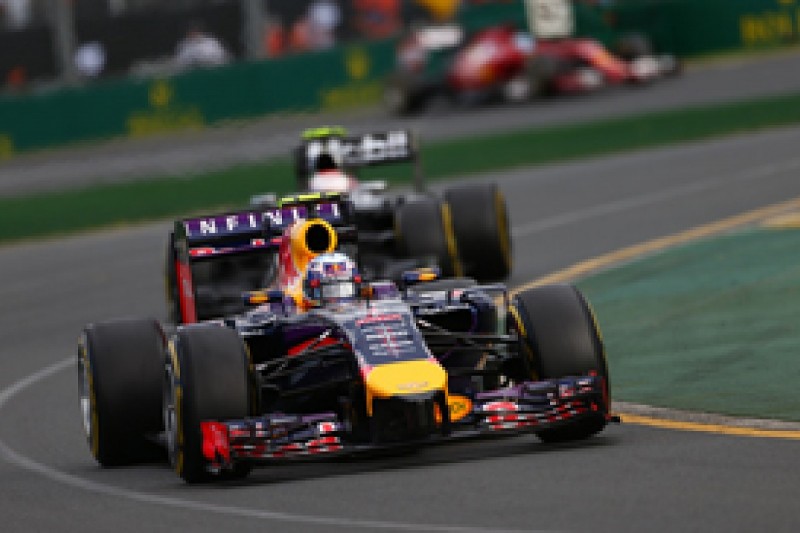 Thus the stewards find that:

A) The team chose to run the car using their fuel flow model, without direction from the FIA. This is a violation of the procedure within TD/01614.

B) That although the sensor showed a difference in readings between runs in P1, it remains the homologated and required sensor against which the team is obliged to measure their fuel flow, unless given permission by the FIA to do otherwise.

C) The stewards were satisfied by the explanation of the technical representative that by making an adjustment as instructed, the team could have run within the allowable fuel flow.

D) That regardless of the team's assertion that the sensor was fault, it is not within their discretion to run a different fuel flow measurement method without the permission of the FIA.

The stewards find that car #3 was out of compliance with the technical regulations and is therefore excluded from the results of the race.