Aston Martin no longer feels “pinned” by the set-up on its Formula 1 car since debuting the significant update in Spain that drew similarities to Red Bull’s design.

Following a difficult start to the 2022 campaign that saw it slump to the bottom of the constructors’ championship after three rounds, Aston Martin made a number of visible changes to the design of its AMR22 car for the Spanish Grand Prix last month.

Similarities were drawn between Red Bull’s RB18 car and the revised Aston Martin, which was dubbed a ‘green Red Bull’, but the FIA was satisfied the team had designed the car independently and via legal processes.

Since debuting the update, Aston Martin’s form has taken an upswing led by Sebastian Vettel, who reached Q3 in Monaco and Baku before scoring points in both races. Vettel finished sixth in Baku, the team’s best result of the season, which drew it level with Haas in the teams’ standings.

Aston Martin performance director Tom McCullough felt the team had learned plenty about the update since its debut over three different types of track, proving the car was now “a bit more workable”.

“We can use it in wider operating windows, and that just means we can just focus on optimising the car in a more traditional way at a race weekend, getting the most out of the tyres, understanding the grip, limited content versus apparent limited content, getting the right set-up on the car,” McCullough said.

“It's a bit more back to normal. At the start of the year, we were heavily dominated by certain characteristics which meant that we were pinned from a set-up side of things. 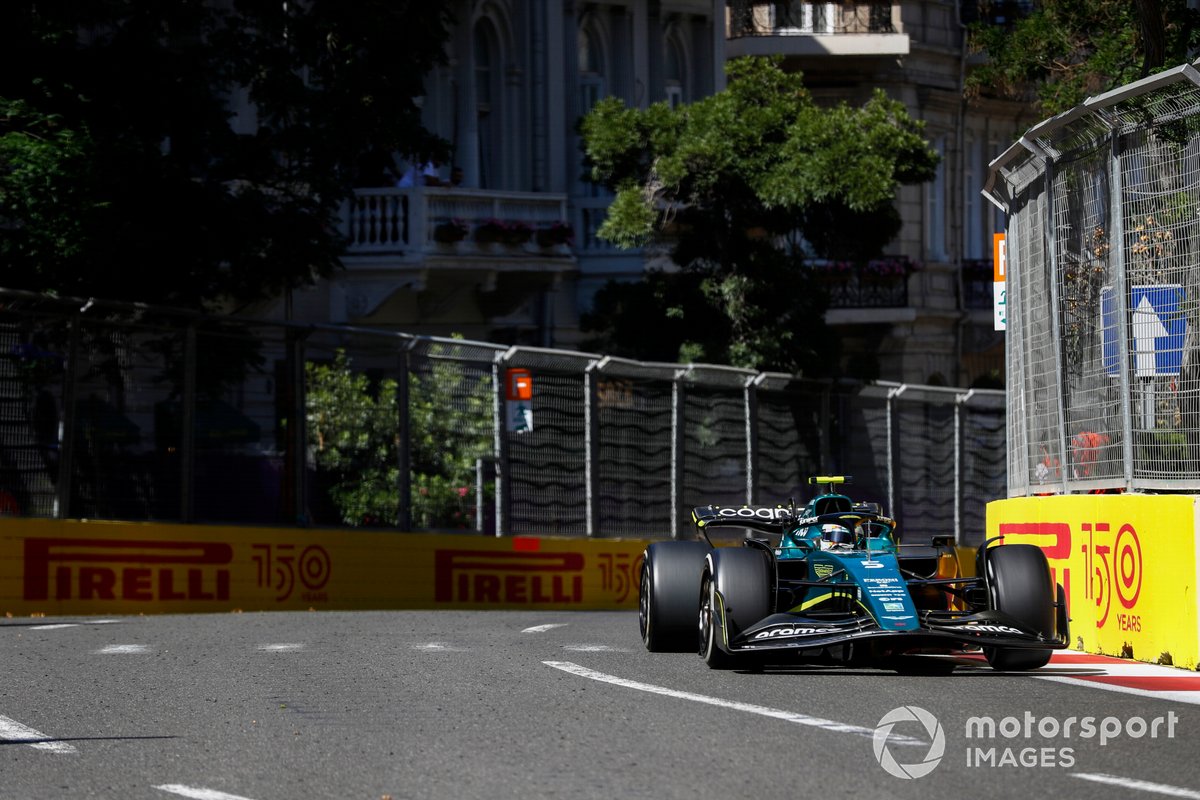 Aston Martin opted to develop what would ultimately become the Spain update in tandem with its initial launch specification as far back as August last year.

The midfield order has been fairly fluid through the early part of the season under the new regulations, but McCullough was encouraged by the developments Aston Martin had planned and its potential to get in the fight.

“The potential is always going to be there for everyone up and down the grid at the moment,” McCullough said.

“But nobody stands still, so we're going to be trying to push as hard as we can do and get as competitive as we can.”

The four-time world champion felt the team was “squeezing out a little bit more every time” with the new package, helping it take steps forward.

“We didn’t have any new bits for [Baku] but we were able to squeeze out a bit more, understand, try a lot of things and take a risk in the sessions where it could go wrong.

“From an engineering point of view, we’re doing really well, extracting what there is in the car.”