Aston Martin Formula 1 boss Mike Krack hopes Sebastian Vettel will remain with the team long-term ahead of talks about extending his existing contract.

Four-time F1 world champion Vettel joined Aston Martin ahead of the 2021 season, but his existing deal expires at the end of the current campaign.

Vettel has been in no rush to make a decision on his future, previously indicating he would look to make a call on whether or not to continue over the summer.

Vettel’s future is set to be a key story in the driver market silly season for 2023, particularly as the majority of the front-running teams have already sewn up their line-ups.

Speaking in Canada last weekend, team principal Krack confirmed there had been no change in stance, and that Aston Martin would like to keep him as part of its project for the long-term.

“We were always clear that if he wants to continue, we would like him to stay for long, yes,” Krack said.

“We are talking. We have a very, very good relationship, and it is not that we have to set each other deadlines.

“Obviously at one point, if we drag that too long, we will also be running into trouble, and he’s aware of that.

“But they are very trustworthy discussions that we are having. From that point of view, it’s all good.” 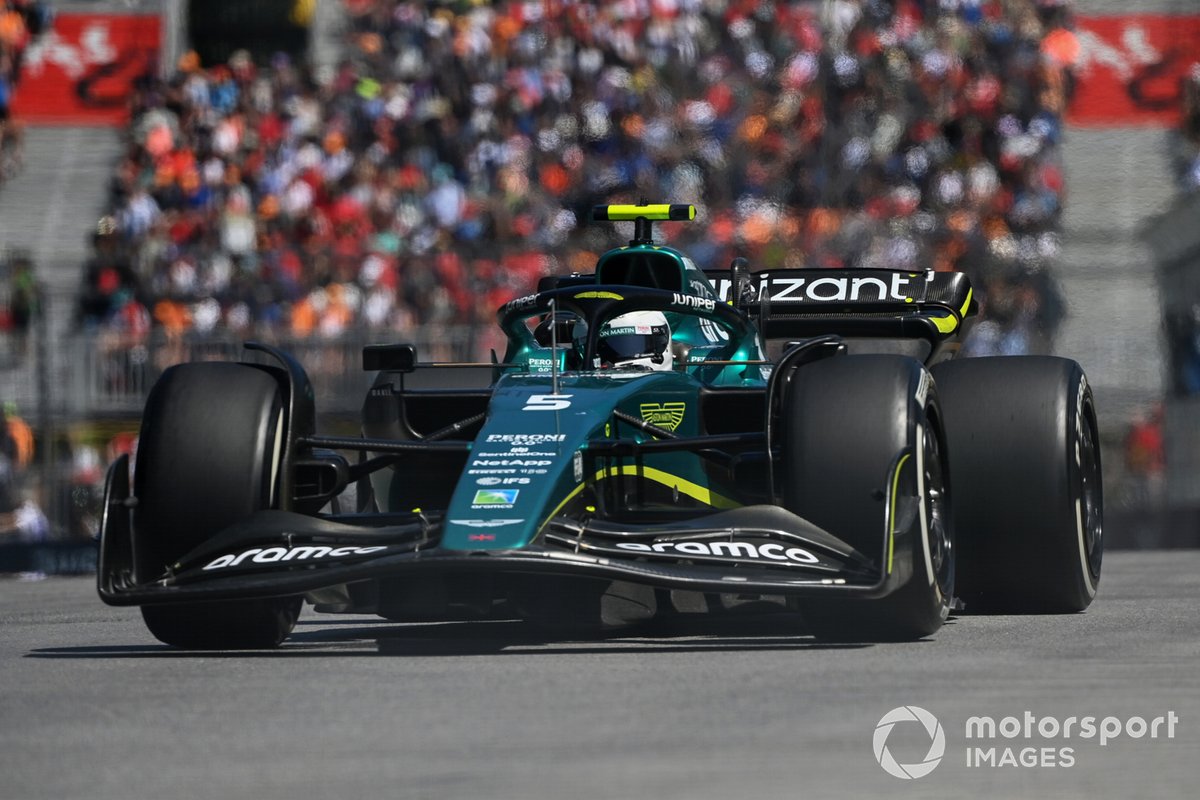 After missing the opening two races of the season due to COVID-19, Vettel picked up his first points at Imola before recording a best finish of the season in Azerbaijan, where he finished sixth.

Vettel said back in April that his future would hinge on how Aston Martin responded to the struggles it has faced with the AMR22 car, which underwent a significant upgrade the following month in Spain.

The shift in car concept provided the team with a wider set-up window and resulted in an uplift in form that saw Vettel score points in back-to-back races in Monaco and Azerbaijan. A further upgrade is planned for the British Grand Prix next weekend, which Krack was eager to use as further proof to Vettel that it was making progress.

“For us, we have always said that we want to improve the car, and I think Barcelona was the first step,” Krack said.

“I would like to show him another step, and then we can talk, maybe then I can [and] his desire to do it is a bit better.”

Asked if he had a gut feeling about what Vettel would decide to do, Krack replied: “You should not talk about feelings, you can get disappointed!