Antonio Giovinazzi says he trusts Ferrari to ensure he gets a 2018 Formula 1 drive, following his first appearance with Haas in British Grand Prix practice

The 23-year-old Italian, runner-up in GP2 last season, joined the Ferrari junior scheme this year and acts as third driver for the Scuderia.

His Friday practice run with Haas last week - the first of seven scheduled outings with the team - was Giovinazzi's first GP weekend outing since he stood in for the injured Pascal Wehrlein at Sauber in Australia and China.

"The target of course is to be there [in a race drive] next year," said Giovinazzi.

"To get into F1 is really hard, there are only 20 seats for the whole world, so it's not like football.

"This is just my first season in Ferrari, they are really good and I trust them. They know what they can do for me.

"Now it's time to focus on what they gave me for this year, seven FP1s, and then we'll see what happens next year. Everything can happen. I hope I find a seat next year." 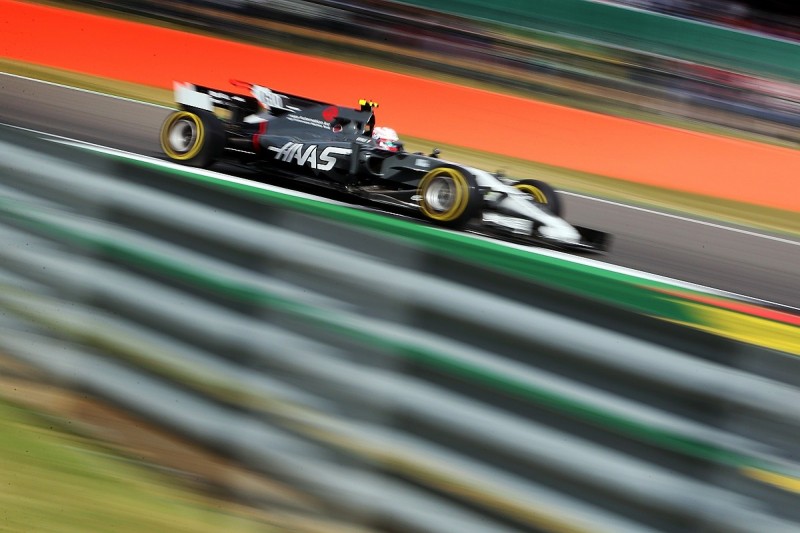 Giovinazzi does expect a decision on his future to be made for a couple of months yet.

"To be honest, I don't want to focus too much on what I'm doing next year.

"Maybe in September we will see what we do next year."

Runaway Formula 2 points leader Charles Leclerc has also emerged as a contender to graduate to F1 with a Ferrari-engined team, but Autosport understands Giovinazzi will be given priority for any vacancies that arise.

Haas could potentially be an option, as could Sauber if it stays with Ferrari power.

Giovinazzi's last Sauber outing in China ended with a heavy fourth-lap crash, which followed a similar incident in qualifying.

He said it was important to get more F1 mileage to regain the confidence he lost during his troubled Shanghai weekend.

"I learnt from what I did in China," Giovinazzi said.

"And to learn better is to get back in the car, do laps, and take back confidence.

"[If] the last time you were in the car you crashed, and then you're not in the car anymore it's really hard. So to come back and take confidence back is really important."