The push to rid Formula 1 of ugly noses in 2015 may have been done for simple aesthetics, but it has caused complications for design teams

After a raft of criticisms about the look of last year's cars - which left fans and team bosses up in arms - the FIA moved to outlaw the extended nose tips for 2015.

A tweak to F1's technical regulations stipulating strict dimensional criteria to outlaw the extended noses nipped the problem in the bud, and no longer will F1 cars be compared to proboscis monkeys or anteaters.

But although the tweak to the noses may seem minor, the impact it has had on influencing design evolution for 2015 has been relatively big.

The reason for that is fairly simple: because the nose is the first part of the car to hit the air, it has an impact on how the airflow works over everything behind it.

Force India technical director Andy Green told AUTOSPORT: "Everything downstream from the front wing sets up everything else. So a change in that area makes a big difference to how you develop the car.

"The car is tuned around a certain set of circumstances at the front of the car.

"So it required a lot of aerodynamic reconfiguring to try to recover what was, to start with, quite a significant loss from where we were with the high nose.

"To go down to a very low nose took a lot of change. We're there now, but it took quite a while."

Green thinks that the tight wording of Article 15.4.3 of the technical regulations will ensure that most noses look the same, with a design similar to Ferrari's 2014 car likely, but the key will be how well each team can finetune its design for maximum aerodynamic benefit.

"I think there's probably as much performance in it eventually as there was with the conventional nose," he said. 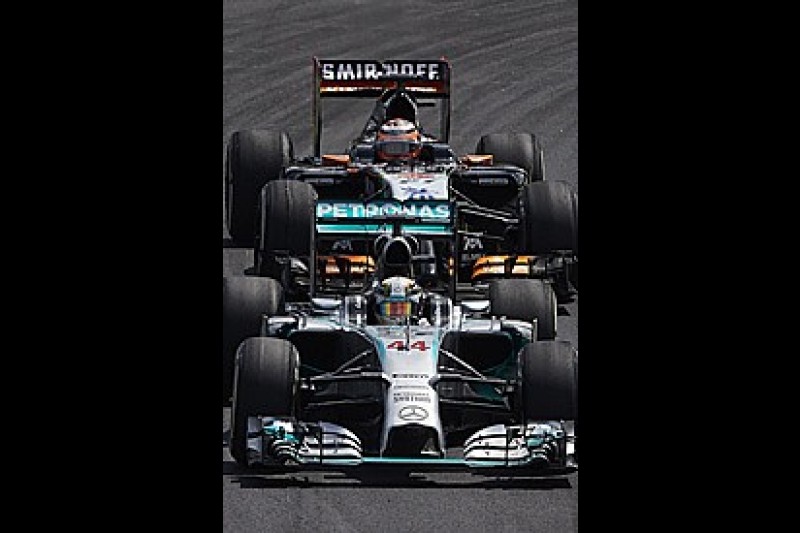 "It just takes time to extract it. We've been forced down a route and we've got to extract new performance."

AERO WAR BACK ON

Although the influence of the engine is far greater now than it has been for years, Green has no doubts that the importance of aerodynamics cannot be underestimated.

That is why getting the nose design right - and ensuring the rest of the car responds in the right way - is essential.

"When I look at the lap time deltas that we have to Mercedes and I look at some of their speeds through the high-speed corners, that's pure aerodynamics," he said.

"They've got some significant advantages over us in pure aerodynamics. So yes, there's still a lot to be had in aero.

"Even comparing it to the teams that traditionally had good aerodynamics, like Red Bull, Mercedes are still significantly quicker. We've got a lot to learn from them.

"Not only have they done a good job with the power unit, they've done a very, very good job aerodynamically."

For a full analysis of the impact of the 2015 Formula 1 car changes see this week's AUTOSPORT, which is available in newsagents and online on Thursday