The Alpine Formula 1 team says the windtunnel problems it experienced over the winter cost it several weeks of development time – which translated in to lost tenths of a second per lap.

The Enstone-based outfit has had a more difficult start to the season than expected, as it has fallen away from the front of the midfield pack.

However, it has been making rapid progress in recent weeks in bringing improvements to its A521 car and its drivers Esteban Ocon and Fernando Alonso enjoyed a stronger performance in practice in Portugal on Friday.

Reflecting on the windtunnel problem which was revealed recently, Alpine’s executive director Marcin Budkowski said that there were two main headaches the team faced.

“We had issues related to the actual changed regulations and the actual various flow features that it kind of induced on the car,” he said. “And we had issues with hardware, if you want, the tunnel and the testing as well.

“So the consequence is not that we lost more performance than others, or lost differently, it’s just that we lost time if you want, development time which is a valuable currency in Formula 1.

“Everybody has the same amount of testing they can do, it’s limited by regulation, so when you are trying to stabilise your aerodynamic flow features or you’re trying to get your tunnel to give you the right numbers the others, during this time, continue developing the car and put performance in it. So that’s effectively what happened. 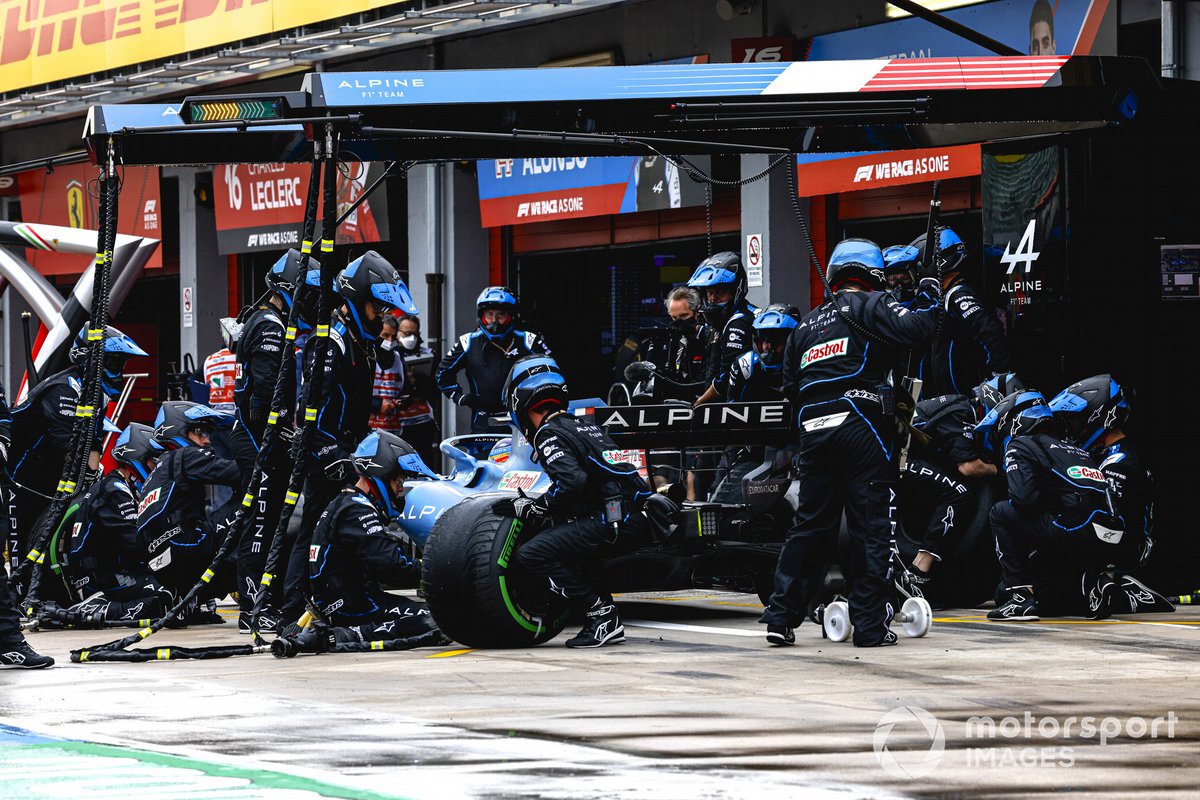 Fernando Alonso, Alpine A521 , in the pits

Budkowski thinks the issues Alpine faced were a one-off and have now been cured, so the team should not suffer any deficit as it begins switching over to 2022 developments.

“We’ve solved our issues so we continue to invest and improve our windtunnel and fingers crossed, we don’t get issues again next year,” he said.

“But certainly it’s up to us to improve our understanding and our development capabilities.”

Although Alpine is bringing more pace to its car, Budkowski confesses that the performance gap to Ferrari and McLaren is still too big for its liking at the moment.

“We are working hard on trying to improve the car. We brought some developments to Imola, we have done some more testing [in Portugal], so we are making small steps in terms of improving the performance of the car,” he said.

“But the gap to the guys we’d like to fight with, the McLarens and the Ferraris, is a bit too much at the moment. So we are still working to close it but it will be tricky to do that in the next few races.”