Alpine says a new floor upgrade it is bringing to Formula 1’s Singapore Grand Prix should deliver a ‘massive’ step forward in downforce.

The Enstone-based squad has had the fourth quickest car for much of the season, and in the constructors’ championship is currently 18 points ahead of McLaren in the fight to be best-of-the-rest behind Red Bull, Ferrari and Mercedes.

While the team missed out on the points in Italy last weekend, as McLaren’s Lando Norris took seventh, the squad believes that its disappointing weekend was simply down to the high-speed Monza track not suiting the characteristics of the A522.

Sporting director Alan Permane is adamant that Monza’s showing was just a one-off and, for the next race in Singapore, its slow speed nature allied to the latest development will deliver a very different picture.

“For sure, 100% it’s an outlier,” said Permane about the team’s Italian GP performance.

“We’ve got a new floor coming for Singapore, which has got a massive step of downforce. We’ll be back where we should be, and we’re really looking forward to there and especially Suzuka with this car. It’s going to be fun.”

Alpine admitted that it did not expect to have such a troubled time in Italy, after being so competitive at the low drag Spa-Francorchamps circuit last month. 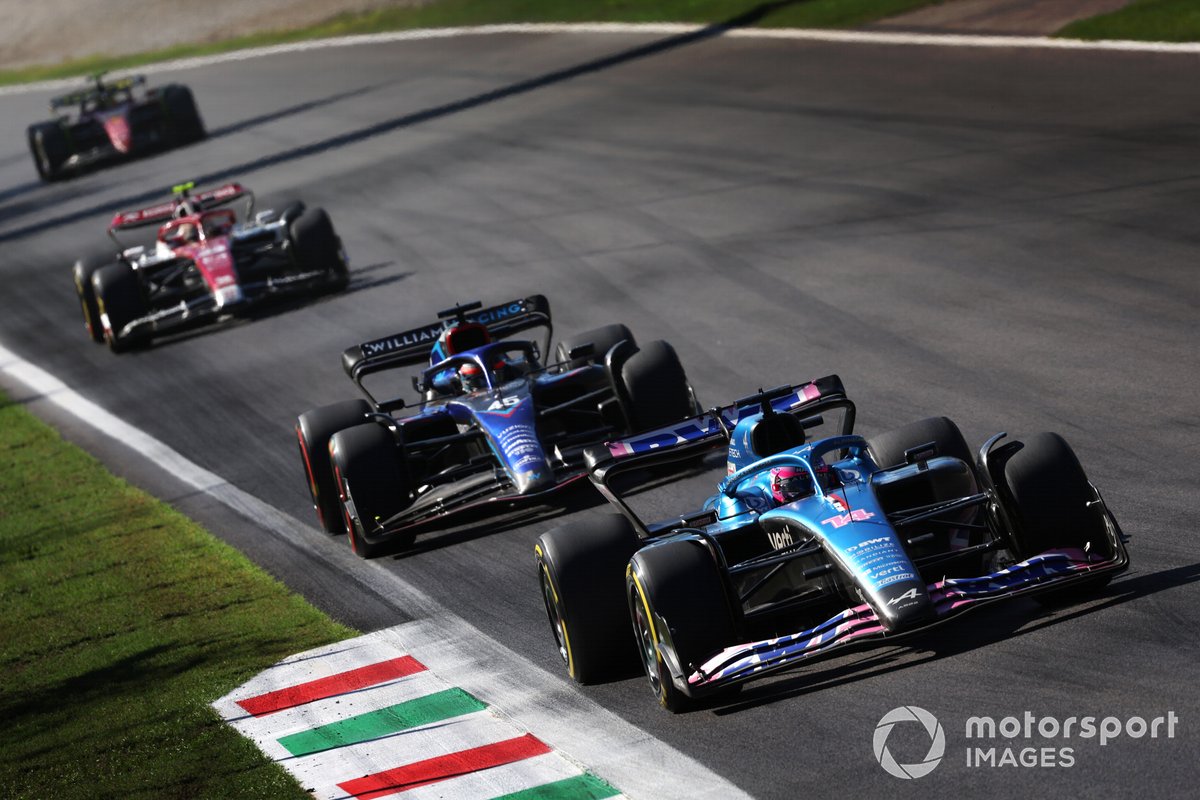 However, Permane said that there were some key answers that needed digging out, such as why the team’s pace fell away from what appeared to be a quite competitive Friday.

“We didn’t expect to struggle,” he said. “I thought we would be okay.

“We ran absolutely fine on Friday and that’s the tricky thing, that’s what we don’t understand. Long run with no DRS, so really using your full drag, we looked alright. Quicker than McLaren and quicker than all the people that we were racing.

“Certainly we were not as quick as the top three cars, but it didn’t look like there were any major dramas. We were definitely a bit high on the draggy side, but we figured that was the quickest way around here and that's where we raced.

“But I think we genuinely struggled for pace a little bit. We struggled in qualifying. Both drivers said they made mistakes, which is uncharacteristic, so clearly the car was difficult to drive.

"He was quick, I think he was lapping mid-26s with full tanks, and we couldn’t get anywhere near that on Sunday. So we’ve got some work to do to try and understand what was going on.”

The F1 car concept dilemma that Mercedes must answer soon

Drugovich: F2 champion should be allowed return if no available F1 seats