Although both drivers endured frustrations with McLaren's lack of competiveness over recent years, Seidl thinks that the job they did in steering the team down the right development path has been hugely important.

But even Seidl said that he could never have expected McLaren to have made as swift progress as it has, with the Woking-based outfit tightenining its grip as the 'best of the rest' outfit behind the top three teams.

"I think no one expected it inside the team, after finishing the [2018] season as the ninth fastest car to make such a step," said Seidl, when asked by Autosport if he had been expecting such a step forward.

"It simply shows that a lot of the changes that were triggered last year are paying off.

"The team did a good job in bringing this year's car on track. They understood a lot after the input of the drivers from last year, and we should pay a lot of credit to Fernando and Stoffel, pointing out what the weaknesses were and what direction we needed to develop the car.

"That all pays off now." 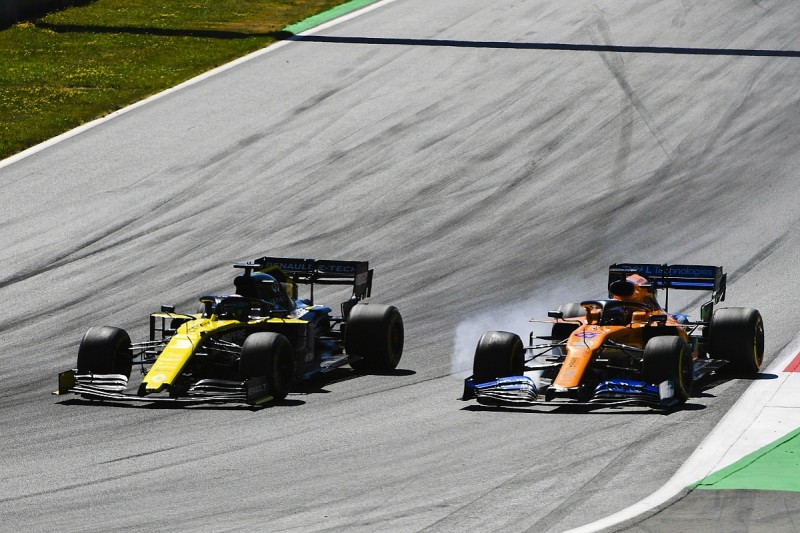 Despite McLaren's 20 points advantage over Renault in the constructors' championship, though, Seidl is well aware that the situation can change quickly - so his team cannot relax.

"The target is for us this year to still keep going with the development of the car," he explained.

"Of course now we want to make sure that we keep this [fourth] position for a while, but still we have seen it can change quickly again. It is still a tight battle.

"The gaps we have today are nothing over a race distance, so it is important to not get too excited about it, keep our head down and keep focusing on the weaknesses we still have on the car."

But although cautious about the remainder of the campaign, Seidl thinks the pace of the McLaren means for this first time it is worthy of its strong standing in the constructors' championship.

"In the last two races we also had the fourth fastest car, so we deserve to be in fourth place in the constructors' championship," he said.

"But up to the Paul Ricard race we have to be honest: we didn't have the fourth fastest car.

"It was somewhere between the fifth and seventh fastest car and in the end we were in P4 because we had better reliability, better pit stops, better strategy, or better understanding of the tyres."

The other Ferrari driver troubling a world champion

Promoted: How Abu Dhabi offers some of the best views in Formula 1