Fernando Alonso believes a return to one-shot qualifying could help improve the action in Formula 1’s sprint race weekends by changing the “natural order” of the cars.

F1 staged its second sprint race on Saturday at Monza after debuting the format at Silverstone earlier this year, holding a 100km race to set the grid for Sunday’s grand prix.

The sprint race offered few on-track overtakes and has drawn criticism from fans, while Red Bull’s Sergio Perez called it “very boring” under its current format.

Alpine driver Alonso was one of the few drivers to make an on-track overtake after the first lap at Monza on Saturday, passing Sebastian Vettel as he rose from 13th on the grid to finish 11th.

The two-time F1 world champion said the current sprint race format was “good” and “more fun” as it offered fans more action than normal on a race weekend.

Alonso felt the real issue leading to a lack of action in sprint races was the starting order of the cars, pointing to Friday’s qualifying session as a place where a shake-up should take place.

“I still think that Friday is the really point that we need to improve,” Alonso said.

“If qualifying is still six sets of tyres, we will eventually finish in the natural order of the performance of the cars. So in Saturday sprint race, we will start in our position, [and] we will finish in our position.

“While if the format in qualifying on Friday is a little bit different, just one lap or something… for example yesterday in Q2, I locked up the front tyres into Turn 1, and with that lap, I would start last today, because I made a mistake.

“I will pay the price, start last, and maybe today I have a hard job to do. There is a sense of the sprint qualifying. It will be more spicy.

“I still think the same [I did] after Silverstone after Monza. The Friday is the thing that we need to, if possible, change the natural order of the cars.” 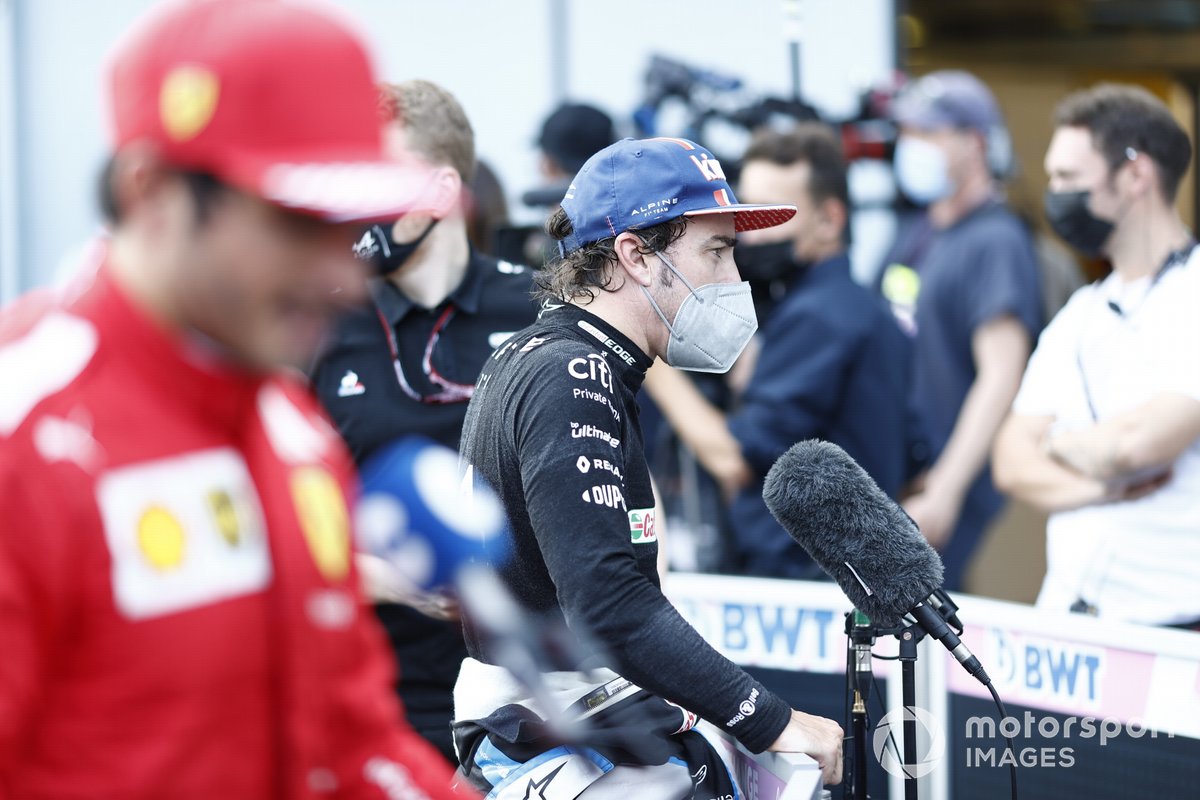 Alonso added that having only one lap in qualifying would “really add some difficulty” and punish drivers for making any mistakes.

F1 last used a one-lap qualifying format back in 2005 before moving to the three stage structure in 2006 that is still used to this day.

Asked by Autosport if he would like to see one-shot qualifying at just sprint races or across the whole season, Alonso said both could work together on every weekend.

While he recognised that there were some circuits where sprint races wouldn’t work - such as Monaco, fearing it would be “boring Saturday and boring Sunday” - he thought one-lap qualifying could help bring added thrill in places to mix up the order.

“Imagine one lap in Monaco and you only have that lap,” Alonso said.

“And there is track evo, or maybe there is weather. Maybe the leaders of the championship start first, and you make a mega lap, with the track evolution and you start on the first row of the grid, something like that.

“Maybe there is one weekend where you are lucky, and you can perform on something extra.

“Now, your hands are tied. Even if you have inspiration one day, if your car is the fifth fastest, you will finish ninth and 10th.”