Alpine driver Fernando Alonso has received a five-second penalty for weaving in front of Valtteri Bottas in Formula 1's Canadian Grand Prix, dropping him from seventh to ninth.

In the closing stages of the race Alonso was stuck behind Alpine teammate Esteban Ocon in seventh when he started feeling the pressure from Alfa Romeo driver Bottas behind.

With just over a lap of the 70-lap race remaining Alonso aggressively defended against the Finn by weaving on the long straight before the final chicane, which forced Bottas to back out of a potential move.

Alonso held on to finish seventh by just three tenths, but after the race he was summoned by the FIA stewards over the move.

The stewards judged that the Spaniard "made repeated changes of direction" and thereby forced Bottas to lift, which they deemed in breach of the regulations, notably Article 2 b) of Chapter IV Appendix L of the FIA International Sporting Code.

Alonso has therefore been given a five-second time penalty, which will drop him from seventh to ninth, behind Bottas and his Alfa Romeo teammate Zhou Guanyu.

The incident doesn't just cost him and Alpine four valuable points, but also nets him a penalty point, bringing his total over the past 12 months to six.

The stewards' verdict read: "Between turns 10 and 12, on the penultimate lap of the race, car 14 made repeated changes of direction to defend against car 77 who had to lift at one point and briefly lost momentum. 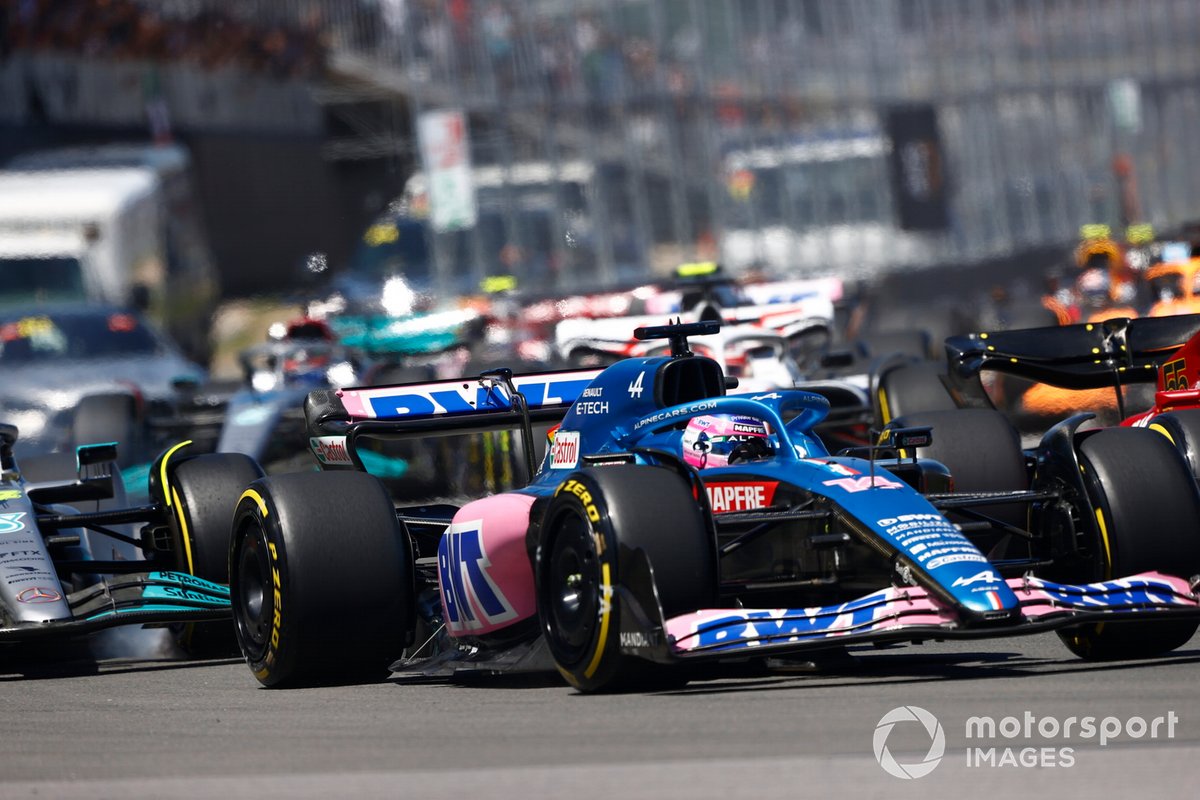 "Whilst noting the driver’s point that at no stage was any point of car 77 alongside car 14, the Stewards consider this to be a clear breach of the above regulation. The Stewards therefore impose a five-second time penalty in line with that imposed for a similar incident in Australia 2022."

Alonso had started the race from second on the grid after qualifying on the front row for the first time since the 2012 German Grand Prix.

But an engine problem, along with a pitstop strategy that backfired due to the timing of the virtual safety cars, saw him drop down the order and fall into the clutches of Bottas, indirectly leading to Alonso' frantic defence.

"We had an engine problem on lap 20 where we cut the energy very early on the straights, as soon as we exited the corners," Alonso said.

"It was just trying to survive, trying to get the DRS, driving kamikaze in the corners before the detection, because the DRS was my only safety on the straights after that."

Even with Alonso' penalty, however, Alpine scored a big result in the fight for fourth in the constructors' championship. Its haul of 10 points moves it to within four points of McLaren, which failed to score in Canada.