Albon is currently fighting for his Red Bull future as the team weighs up a possible swoop for free agent Sergio Perez for 2021, with a decision due to be made at the end of the season.

After scoring his second F1 podium in Bahrain last weekend, Albon's form took a dip in qualifying on Saturday around the outer loop layout of the track as he was eliminated in Q2, finishing 12th.

It marked Albon's worst qualifying display since the British Grand Prix in July.

The Red Bull driver felt a decision not to run the soft compound tyre in FP3 had backfired, leaving him lacking confidence as the track got quicker throughout qualifying and his rivals made improvements.

"In FP3, we did some balance changes to fix the car going into qualifying," Albon said.

"But I think lacking some soft tyre running in FP3 could have hurt us. We got what we were intending to do, but with the soft tyre, you gain a lot of front grip at apex, and it was just tricky to balance.

"We were lacking some front in some places, front end, and having too much front in other places on the soft tyre.

"So it wasn't so simple as fine tuning it with flaps or front wing, which is normally the case.

"I was pretty happy with my Q2 run one lap. That was it really." 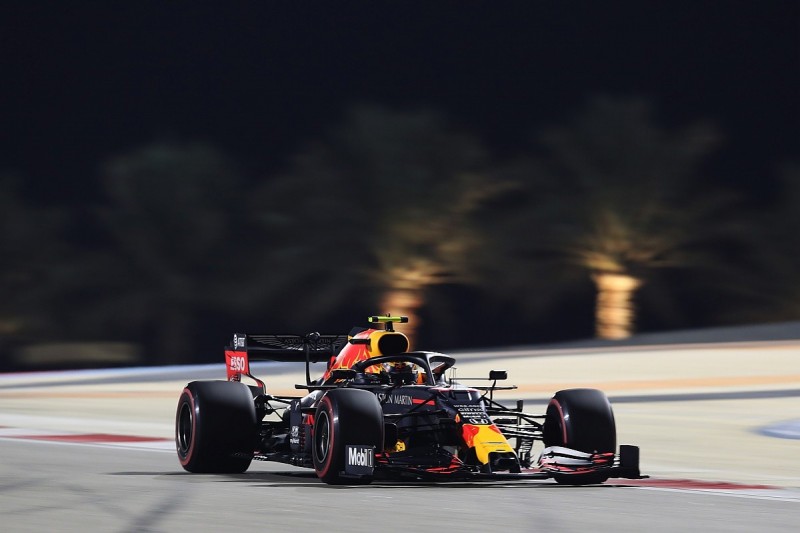 Albon lapped less than four-tenths of a second slower than Red Bull team-mate Max Verstappen in Q2, but the short layout and quick lap times in Bahrain meant he was 11 positions behind in the classification.

Asked if he could tell where the gap to Verstappen was, Albon said it was "very clear".

"I could tell you I was slow without looking at the data," Albon said.

"It's honestly just a bit of a lack of FP3 running on the soft tyre hurt us, because it was so different. The medium and the hard is actually quite similar in terms of a feeling, but the soft is quite different.

"It's a tricky one, and obviously it's a lesson learned and it's more experience from my side.

"But it just meant that really, when it came to qualifying, it was just that it was tricky to get the low speed and the high-speed, which is Turn 7, Turn 8.

"That was the main area where I lost out on feeling well-balanced."

Albon conceded the result was "frustrating" after feeling he was in a good position during practice on Friday.

"It was looking good on Friday, and truthfully, even Saturday in the beginning was OK," Albon said.

"It was just one of those things where you drive your first lap in qualifying, and it's like, 'oh, this is very different to what we've been getting the whole weekend'.

"I'm just going to have a look, speak with the engineers, figure out where it is, and that's it."

Grosjean ruled out of Abu Dhabi F1 finale, Fittipaldi to continue at Haas