The build-up to the returning French GP has been plagued by traffic problems around the Paul Ricard circuit, which is only immediately accessible by one road.

That has triggered huge tailbacks into the surrounding areas, with F1 personnel and spectators queuing for hours to get to the track.

For Friday's practice day the local authority, which is responsible for traffic management, made the main road into the circuit accessible in only one direction, via one lane, for spectators. 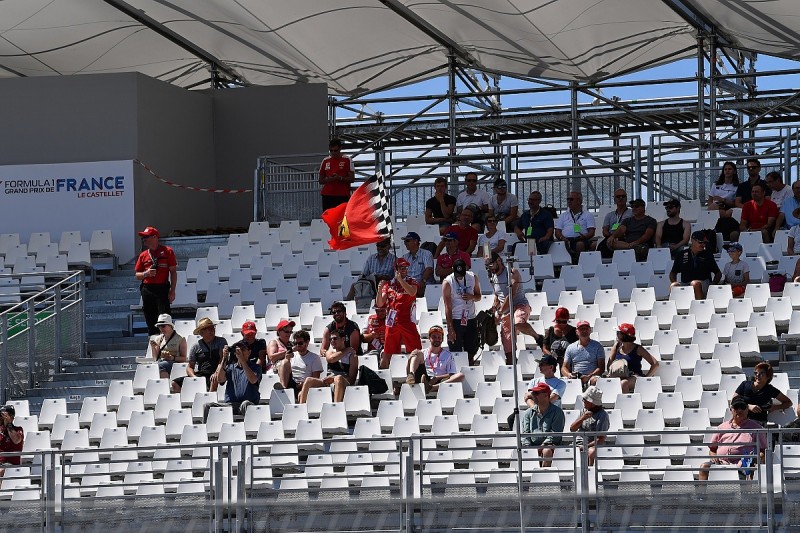 It was also operating car parks - which have a total combined capacity of 25,000 places - on a one-by-one basis, filling them to the maximum before opening the next one.

A statement from the Var prefect, the local authority, said that in conjunction with the organiser they had decided to open all car parks at once and temporarily double the traffic lane "in the immediate surroundings" of the track.

The Var prefect statement claimed "the situation is gradually improving" but a meeting is taking place between the authority and the organiser to draft a contingency plan for the weekend if problems continue.

Organisers had targeted a crowd of 65,000, which is 20,000 below the circuit's maximum capacity, and worked with police and traffic controllers to devise "a good plan" to try to ease traffic as much as possible.

Earlier this year head of French GP marketing and communications Aurelie Letellier told Autosport she would not promise that "you will just drive through" but said it was "not something we're worried about".

She added: "Obviously we are aware of the challenges that come with having such a beautiful circuit on the top of a hill with a sea view, everything in the middle of a natural environment.

"There's been bigger events at Paul Ricard. We know it can accommodate way more traffic and way more people.

"Nonetheless we've decided that we'll stick with the 65,000 [limit] this year, because we want to put up a good show that's comfortable for everyone."