F1's tyre supplier has been tasked with creating rubber that will allow drivers to push harder in races, and the early characteristics from last week's running at Barcelona suggests degradation has been reduced dramatically.

But Pirelli is cautious about jumping to conclusions just yet, and believes a better indication will come this week when teams start pushing for more representative lap times.

It is wary of higher track temperatures expected in the season, allied to the big jumps in performance that could come with the new generation of cars.

"If they improve the lap time by two or three seconds, we have to reassess the numbers in terms of degradation," said Pirelli's racing manager Mario Isola.

"I heard some comments that they are too consistent and, maybe OK, with the numbers we have now [from the first test], it is true.

"But wait until [this] week and then see what happens.

"If you improve the lap time by two seconds also the degradation is changing."

Pirelli's work to prepare new and wider rubber for this year's overhauled cars included a test programme with development tyres fitted to adapted 2015 cars from Mercedes, Red Bull and Ferrari. 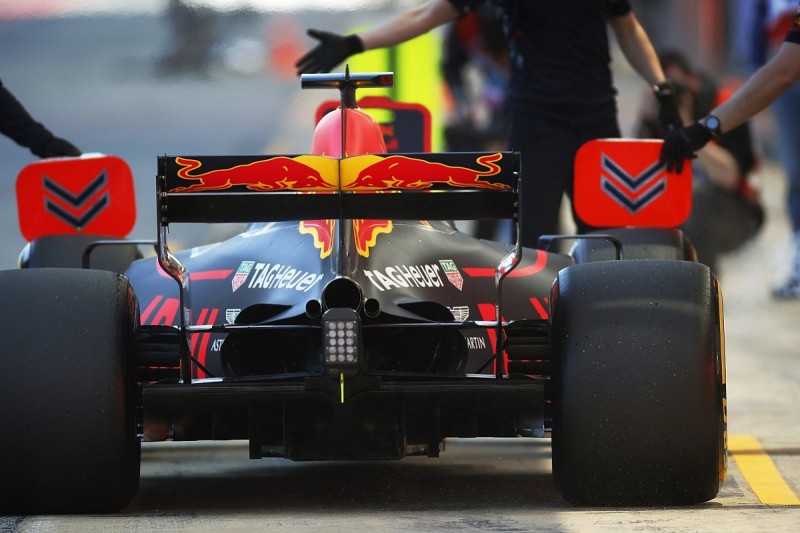 It admitted the test mules fell short of generating the downforce anticipated for 2017, and knows those levels will change again before the season opener in Australia at the end of this month.

"We don't believe what we've seen is what you will see in Melbourne, and most teams will tell you the same," motorsport boss Paul Hembery added.

"There is degradation, but I also say let's wait for [the race in May at] Barcelona with 20-degrees more temperature and maybe two or three seconds more performance, which seems to be the impression that people have.

"The cars could then be dramatically different to where we are today."