Formula 1 is set for its latest season start since 1988 next year, with the 2016 season-opening Australian Grand Prix scheduled for April 3 as a back-to-back with China

As part of a surprise move to condense the F1 calendar, Melbourne announced that it has been awarded an April 3 race date next season.

The F1 season has begun in March every year since the 1988 championship started with the Brazilian GP at Rio on the same date.

Melbourne's shift from its recent mid-March date will force an earlier race start, as sunset will take place an hour earlier due to the clocks changing.

It is possible that the race time could shift forward to a 3pm local time start, but this has not yet been finalised.

AUTOSPORT understands that the shift back in race date was decided by Formula One Management, and there has not yet been any official explanation about the reasons behind the move.

It is suggested however that the make-up of the provisional calendar is aimed at reducing lengthy gaps in the schedule to ensure that there is a regular run of races.

Such breaks between races have been minimised in the new schedule, with sources suggesting that China has been provisionally handed a slot as the second race of the campaign - taking place the weekend after Australia on April 10.

It is unclear why FOM has been pushing for a condensed calendar, but it could be a way of helping reduce costs for teams and F1 personnel.

It would minimise the need for returns to Europe and maximise interest in the sport due to there being no downtime between events.

There has been no word, however, on how many events the current 2016 calendar has, or if the Italian Grand Prix has kept its slot.

Such an early release of calendar information, which normally only comes around September, has prompted speculation that a condensed calendar could be used as part of a negotiating tactic to get teams to agree to more races.

The calendar will likely be discussed at the next meeting of F1's Strategy Group on May 14, and will still need ratifying by F1's governing body later this year. 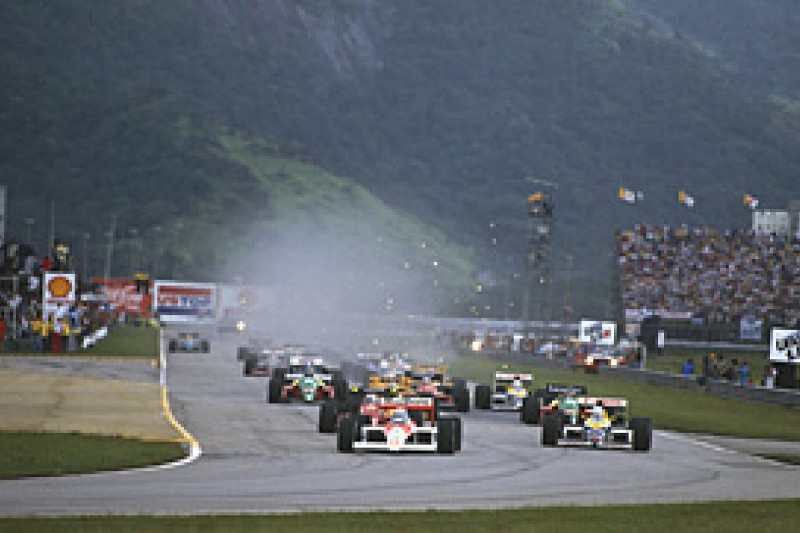 May starts were commonplace in the world championship's early years - although F1's formative seasons also featured plenty of January kick-offs between the later-starting campaigns.

January season-openers then became the norm for a spell in the 1970s and early 1980s, with South American and South African dates often scheduled just days into the new year.

But bar a brief mid-1980s period when Rio's race (pictured) happened in April, March starts have been standard for most of the last three decades.

Ask Gary: Why has Renault got worse?