Mercedes Formula 1 chief Toto Wolff says Williams' decision on George Russell's future has nothing to do with his driving skills and is a "political and commercial decision".

Speculation emerged last week that Russell could be replaced at Williams for 2021 by Sergio Perez, who is trying to find a seat after losing his drive with Racing Point for next year.

Russell has repeatedly said that he has "no concerns" about his future with Williams as he has a contract in place for next year, and the rumours were "fed by the Perez camp" to help him find a seat elsewhere.

Russell has been part of Mercedes' junior programme since 2017, with Wolff moving in recent days to contact Williams after it refused to confirm its existing line-up would be staying for next year.

Russell has impressed throughout his F1 career, and put in another strong performance at the Portuguese Grand Prix last weekend, calling the display "probably the best race I've had in Formula 1".

Speaking about Russell's future after the race, Wolff said it only proved once again the British youngster deserved his place on the grid, but acknowledged Williams' decision would not be down to performance.

"George has proven that he deserves to be in Formula 1," Wolff said.

"Today again, he was running in the solid midfield.

"I don't think the decision comes down to his driving skills, it's more probably an overall political decision and commercial decision. 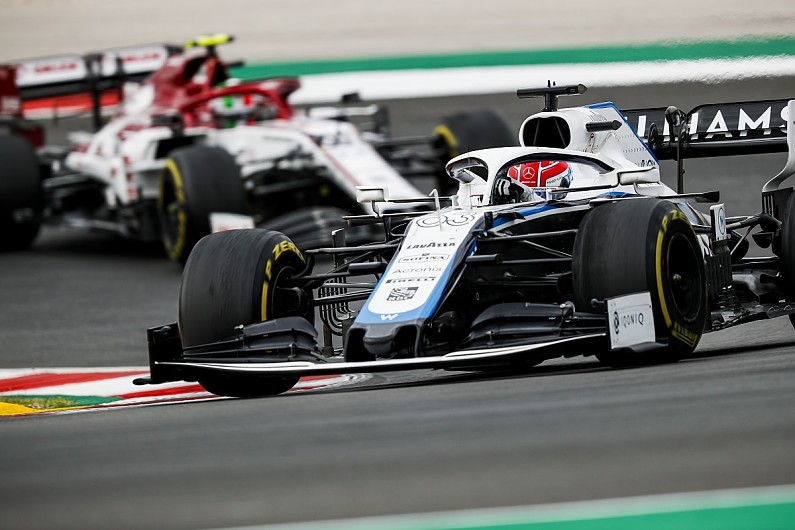 "It's up to the owners of Williams to decide where they want to help with the team.

"We have to respect the independence of Williams and their decision making process. I think he is in a good position."

Wolff has already said if Russell were to lose his seat for 2021, he would be put through a "mega" testing programme next year with Mercedes and serve as its reserve driver, but has expressed his confidence he will stay on the grid.

Russell said that he is yet to discuss fallback options for 2021 with Wolff, who was adamant that the 2018 F2 champion would be racing next year.

"We've not talked about a fallback," Russells aid.

"He said listen, I've got your back, and he said you'll be on the grid next year, and don't worry.

"So for me, there's obviously a lot of speculation. I think it's been fed from other people.

"Everything will be fine. I'd say [it will be] 100% clarified from the team's perspective, probably no later than the end of next week."