Mercedes CEO Ola Kallenius says the German manufacturer would have been "crazy" to quit Formula 1 based on the direction it is heading.

With teams needing to commit to a new Concorde Agreement heading in to 2021, all the current outfits went through an evaluation process this year about whether or not remaining in F1 made sense.

And while there has been increased pressure on manufacturers in the wake of the financial downturn triggered by the coronavirus pandemic, Mercedes was clear that staying was the only thing to do.

Kallenius said that although the costs of competing did need to come down, he thinks it would not have made sense to ignore the change of trends in the championship and a boom in a younger audience.

Speaking in a lengthy interview to German publication Manager Magazin, Kallenius rubbished talk that Mercedes remaining in F1 made no sense from an environmental nor cost perspective.

"We reassessed our Formula 1 commitment at the beginning of the year," said Kallenius. "The price for television rights is rising significantly.

"Interest in Formula 1 is growing in Asia, Europe, South America, everywhere. And the number of our young fans is exploding, especially through social media and Esports. Should we throw that away? We would be crazy." 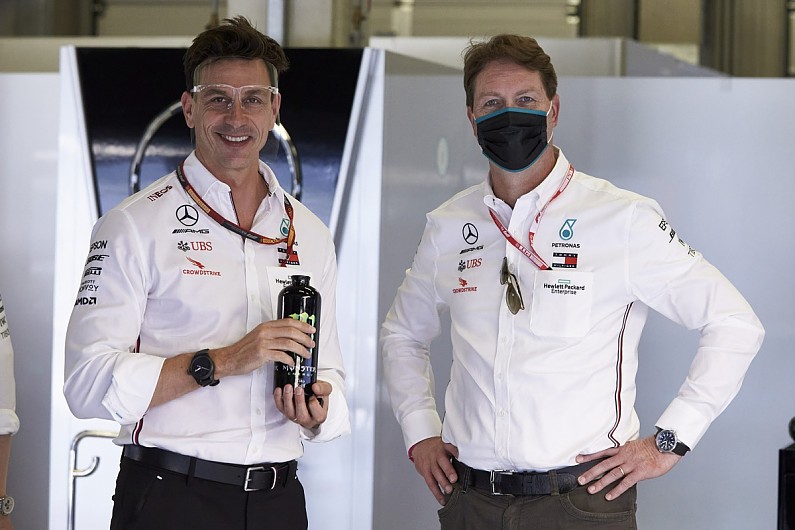 While Mercedes' road car operation is not alone in needing to cut costs, the German manufacturer is clear that a change in the financial dynamics for teams means that F1 is no longer a huge drain on resources.

In fact, with the introduction of a budget cap, plus the arrival of new sponsors like Ineos, Mercedes believes its F1 team can become a profit centre in the future.

Asked what Mercedes' chief financial officer Harald Wilhelm would say about the costs of F1, Kallenius said: "He is pleased that we are cutting costs in half and getting new advertising partners.

"Our Formula 1 team will go from being a cost centre to become a valuable company, almost like Bayern Munich."

And although mindful of the environmental issues surrounding car makers, Kallenius thinks F1's hybrid push and plan to run sustainable fuels is a positive direction.

"We will continue to hybridise the cars, and we could switch to synthetic fuels," he said. "Formula 1 will also become CO2 neutral. Otherwise, the races would really become an event of the past."